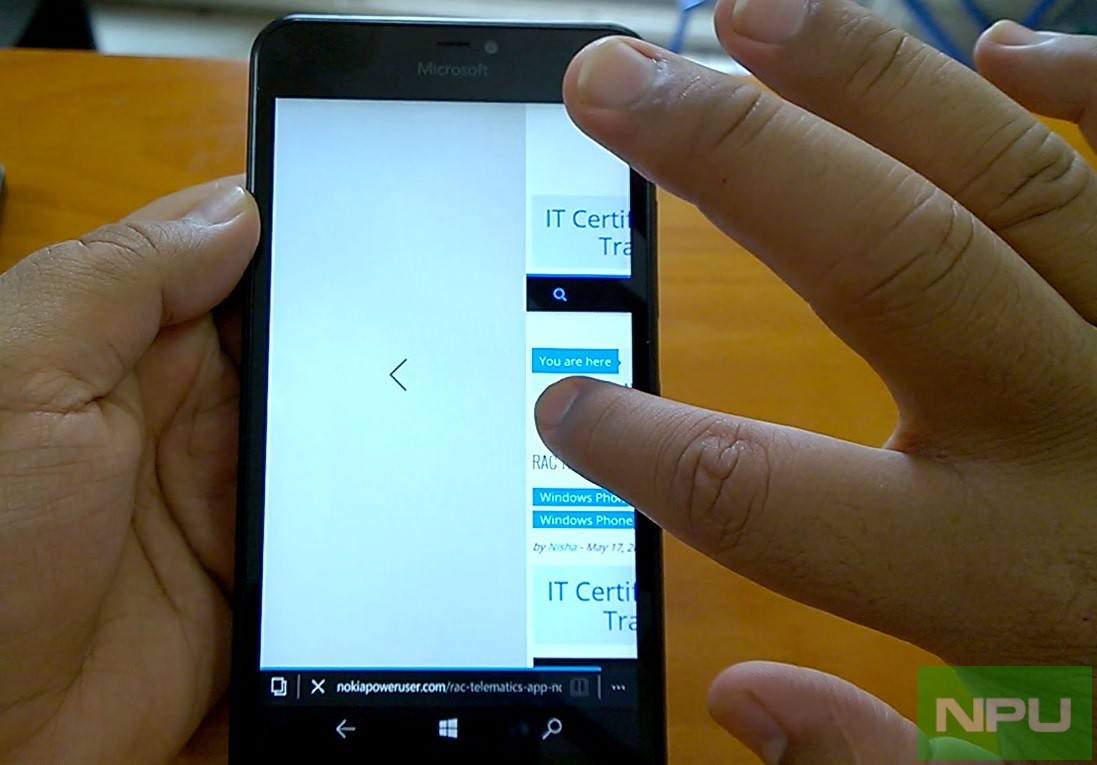 Microsoft last released cumulative update build Windows 10 Mobile Build 14393.5 to Insiders in Fast Ring. You can read the official changelog of Build 14393.5 by clicking here. The CU Build brings only fixes and improvements. The Build is the second cumulative update build over the Anniversary update RTM Build 14393. Now we share our Impressions of the build including performance, multitasking, gaming, navigation demo, bugs & Installation experience.

The Installation experience has been smooth for us in case of the Build 14393.5. It took around 35-40 minutes for the build to get downloaded, installed, data migrated and the devices getting up and running.

So, Build 14393.5 really feels like a daily driver build except for the minor Bluetooth related issues. Microsoft may release more cumulative builds for Build 14393 before making it the public release or Anniversary update.