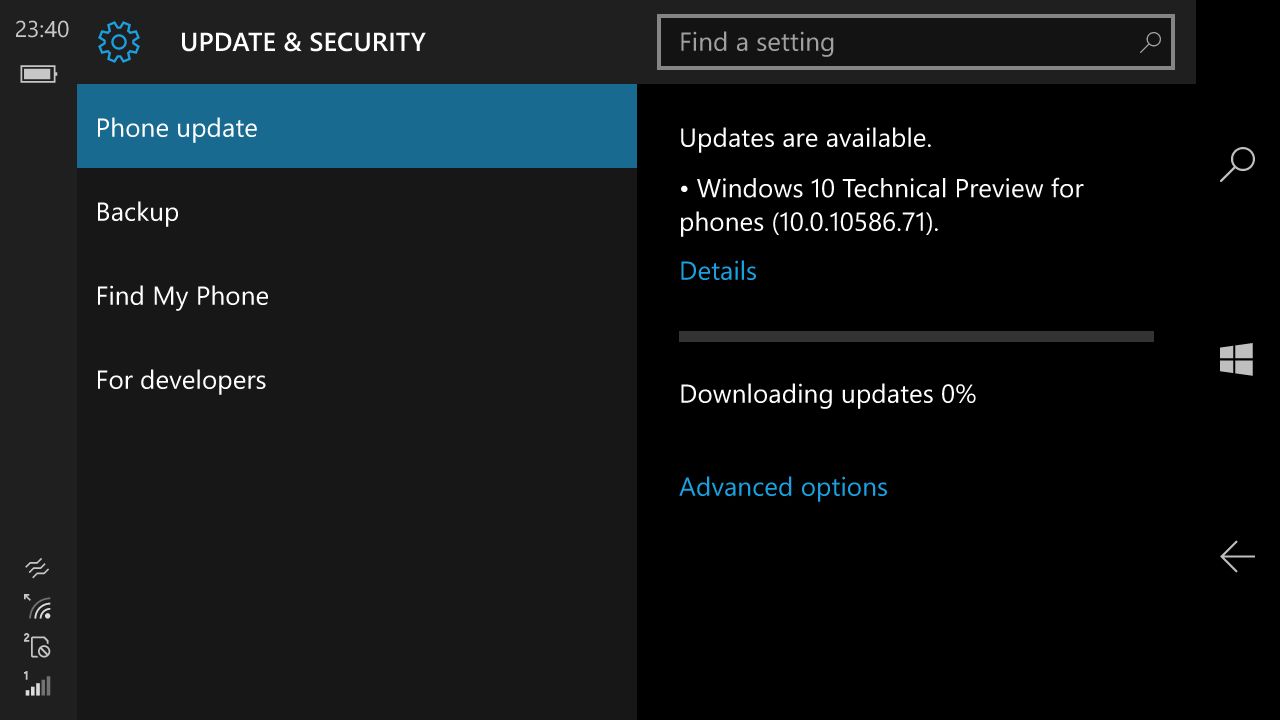 Microsoft has now pushed Windows 10 Mobile Build 10586.71 to Insiders in Fast Ring and it is live now. The Build that comes as another cumulative update to the RTM Build 10586 is all about Bug Fixes and Microsoft has shared a big list of Bug Fixes that the update brings. We have earlier shared news about the availability of Build 10586.71 on Microsoft’ Production Server confirming its arrival and it has been pushed now by Microsoft. Those who haven’t received a configuration update pushed to Insiders last week, may receive it along with Build 10586.71 update today.

We have another Cumulative Update for Windows 10 Mobile Insider Preview Build 10586 which we’re releasing today to Windows Insiders in the Fast ring, Build 10586.71. This Cumulative Update contains additional bug fixes outlined below. Windows Insiders in the Fast ring will also notice an Insider Fast Configuration Update that will update an expiring certificate to ensure your device will continue to receive future flights.