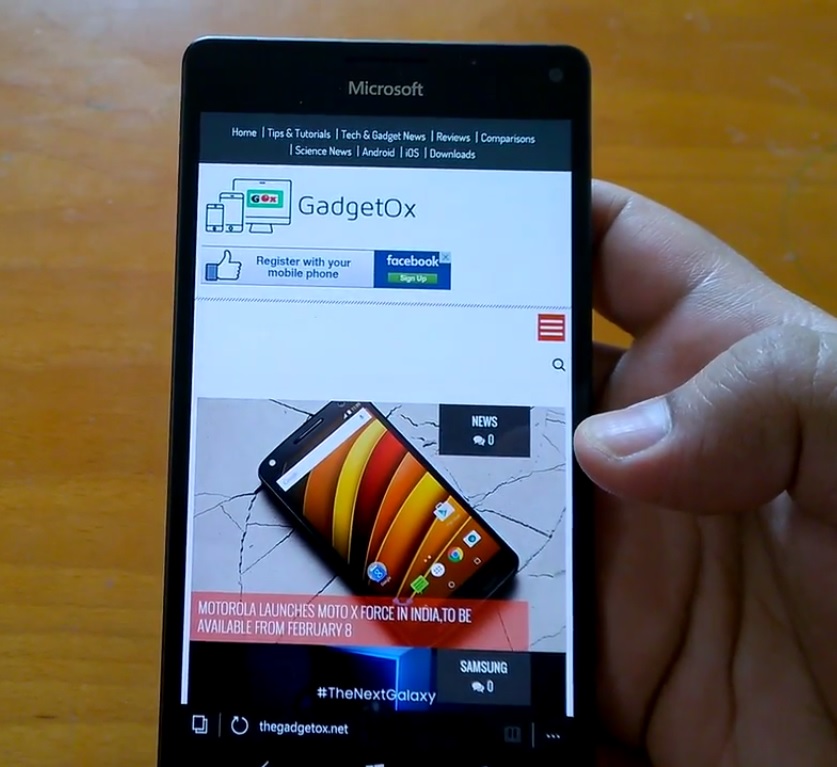 The Build 10586.71 is perhaps the most consistent and polished Windows 10 Mobile build yet and Microsoft would also like you to believe that, as it packs many fixes to bugs and issues faced by Insiders with last Build 10586.63. The build behaves consistently offering a smooth performance across the UI navigation and is solid as a daily driver. It works quite impressively on all three deices we demoed it on, though Lumia 950 XL naturally feels responding faster than Lumia 640 XL which in turn feels faster than Lumia 525. But the build runs well on all three and in the few hours of playing with this build on all three devices we haven’t noticed any freezes or crashes.

Coming to multitasking, even on Lumia 525 you won’t see crashes or freezes or the dreaded resuming screen. Microsoft Edge too feels sorted out and renders pages faster than before. We must mention that we haven’t done hard reset on our devices but we recommend if you are facing lots of issues. We will come back with more detailed review of this build once we have used it for few days.