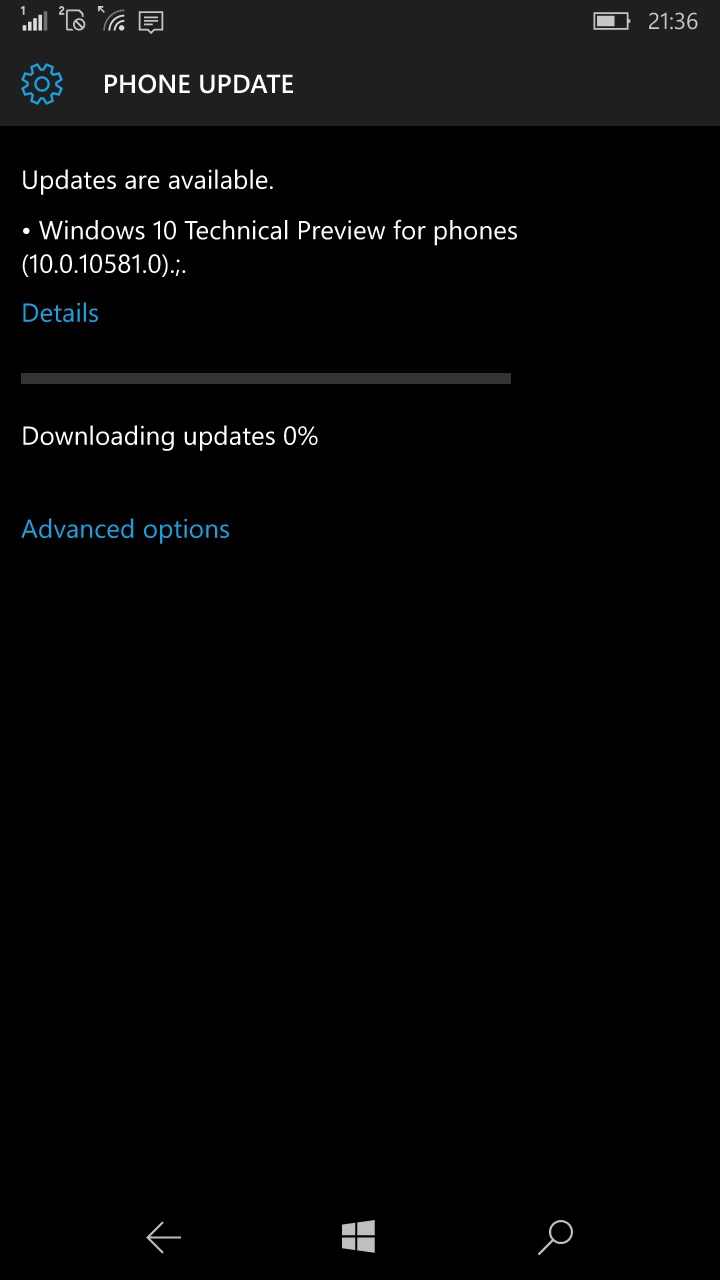 As rumored, Microsoft has pushed Windows 10 Mobile Build 10581 to Insiders. The build is live and our devices are able to download it without any delay. In case you don’t see the build being offered go to Windows Insiders app and re-enroll to Insiders Fast. For those new to Insiders world here is your tutorial to install Windows 10 Mobile.

Good news is that the build is upgradable directly from older builds like Build 10549 and Build 10572.

Today we are rolling out Windows 10 Mobile Insider Preview Build 10581 to Windows Insiders on the Fast ring. We’ve fixed the bug preventing upgrades from earlier builds. So if you stayed on Build 10536 or if you flashed back to Windows Phone 8.1 and then installed 10549 or 10572 you can upgrade directly to this new build without going back to 8.1 again. This build doesn’t have significant new features but does include a bunch of good fixes and general performance improvements.

The build doesn’t seem to bring many new features, but seems Hey Cortana is back on supported devices and there are some fixes and improvements too. Check the official changelog below.