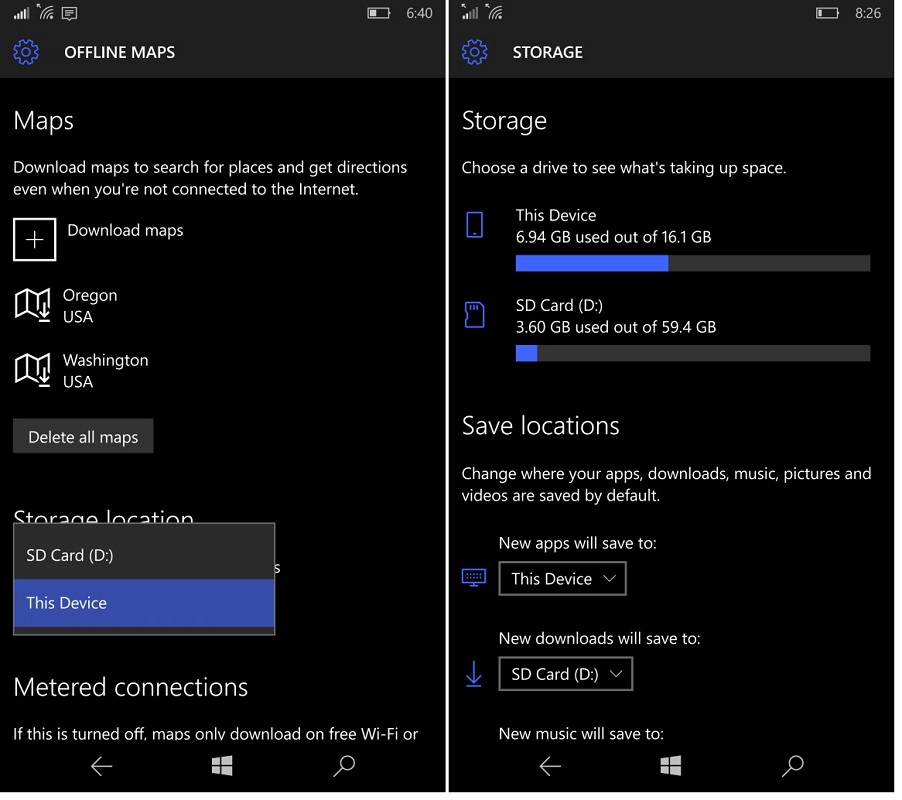 This certainly came as a bit of surprise as Microsoft pushed a new Windows 10 Mobile Build 10572 to Insider in Fast Ring. The build though doesn’t still is upgradable from Build 10536 or Build 10549, though Microsoft has promised that it will be possible in the next builds. Here is what has changed, new and fixed in the latest  build.

Get missed call notifications and send texts on your PC with Cortana: With this build on your phone, Cortana will now notify you on your PC (needs to be running Build 10565 or higher) that you missed a call. When you miss a call, you can reply with a text to the person who called you right from your PC and Cortana will have your phone send it.

If you want to send a text from your PC at any time (even when you haven’t missed a call), just type or speak “Text” and the name of a contact to Cortana on your PC just like you would on your phone and Cortana will take your message and send it from your phone too! Give it a try and let us know what you think.

Cortana improvements: Cortana can help keep track of your leisure time, including movie and event reminders and will give you helpful information to know where to go and to get there on time, including an option to book and track an Uber ride directly from Cortana. With this improvement, you can book an Uber any time you want by saying ‘Book an Uber’ and Cortana will get you a ride immediately. You can even take an Uber to the airport, simply say ‘Book an Uber to SeaTac airport,’ or any other airport recognized by Bing that allows Uber, and have Cortana book you a ride to Seattle-Tacoma airport, JFK, ATL or wherever your travels take you.

Offline maps: You can now save offline maps to a SD card! This has been a top feature request by Windows Insiders and we’re happy to get it out to you in this build.

Photo app improvements: With the most recent update to the Photos app, you can now mark local photos on your phone as favorites and have them shuffle on the Live Tile. We have also made some viewer improvements for zooming performance and file information. And added new launch points for rich editing. We have also added additional context menus (press and hold on a photo).

Here are some things we have fixed: