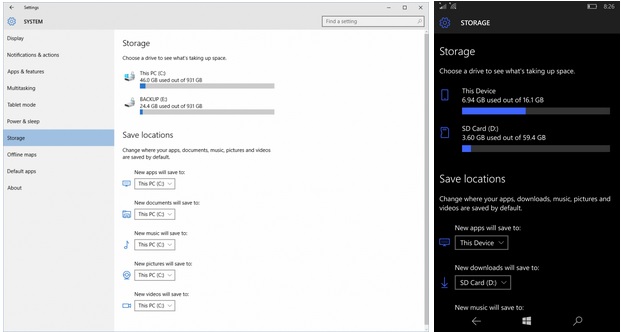 Windows 10 Mobile Build 10572 is here for Windows Insiders in Fast Ring and it is again not directly upgradable from the existing preview builds like Build 10549 though Microsoft has promised that next builds (higher than Build 10575) will be. So, what it means is you need to roll-back to Windows Phone 8.1 and then update to Build 10572 in one go.

We’re rolling out Windows 10 Mobile Insider Preview Build 10572 today to Windows Insiders on the Fast ring. As you know, build 10549.4 had a bug that prevented upgrade to it from prior builds, so Insiders who wanted to try it out needed to flash back to 8.1. We have fixed this issue in our latest internal builds, and new builds greater than 10575 will have the fix.

You can refer to our tutorial on using Windows Devices recovery Tool to roll-back to Windows Phone 8.1. Once on Windows Phone 8.1, you have to install Windows Insider app and choose “Insider Fast” again to update to Build 10572.