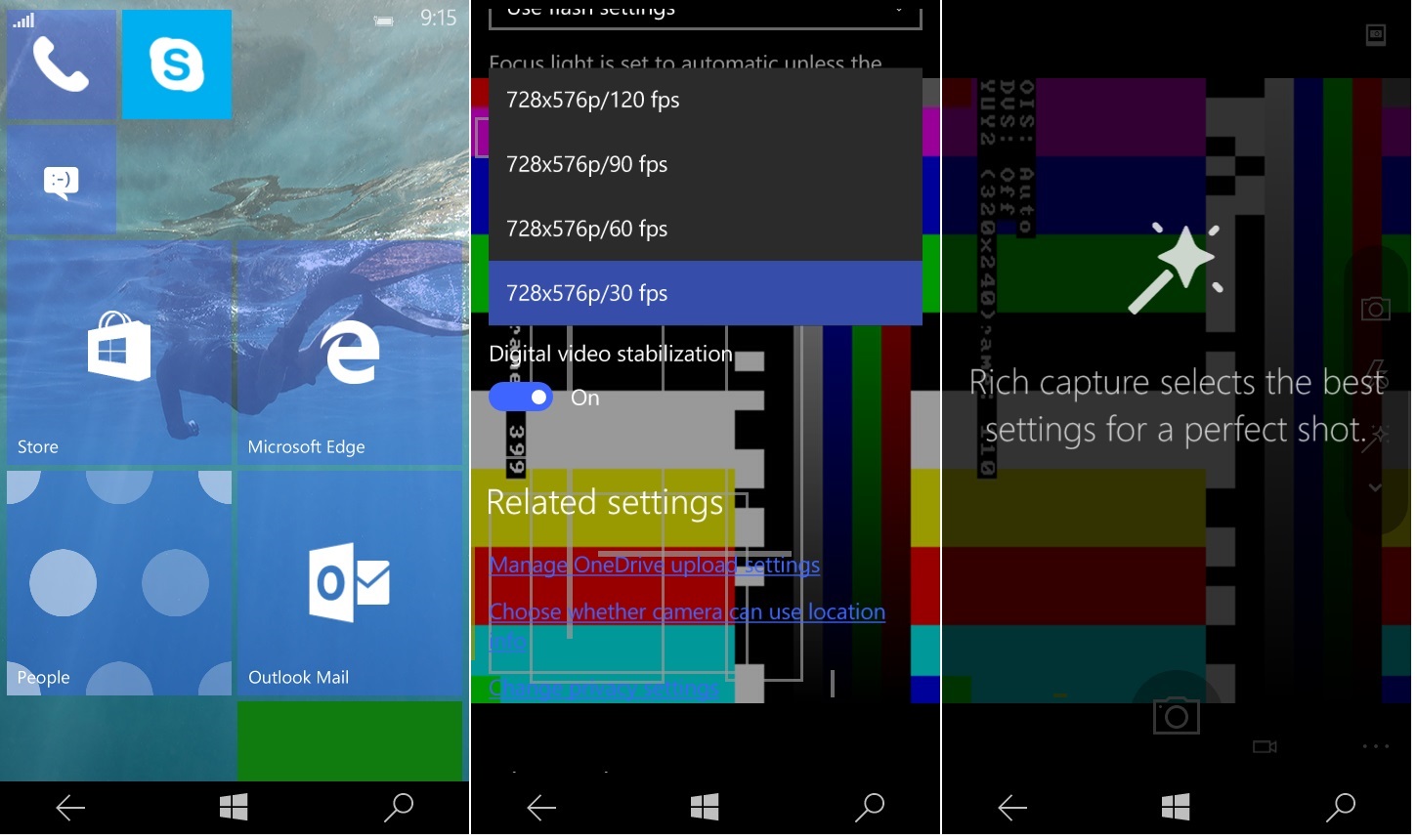 Latest Windows 10 Mobile Emulator comes with new Build 10158 and we have shared the changes that it brings with itself in our earlier post. Now some screenshots have been posted that demo those changes.

The built-in camera app includes rich capture by default and video has options up to 120fps.

Microsoft Edge and Store apps both have transparent tiles instead of the default blue color.

The People app’s live tile uses circles where your contact’s pictures roll around instead of square tiles that flip.

The volume slider is back to being rounded again.

One more change that is available in the screenshots is a new people app animation that is said to be present even on some of the Build 10149 running devices. But it is not there on our devices, so we will see a demo GIF of this feature. Click here to see the feature in action.