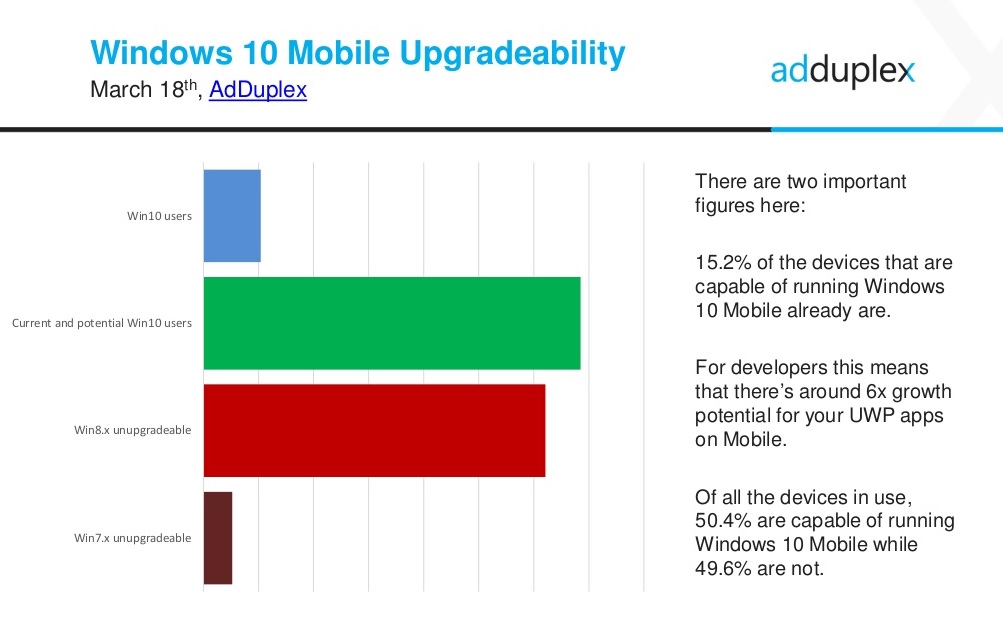 AdDuplex has released its Windows Phone report for March 2016. For your information AdDuplex gathers, analyses and releases Windows Phone market share report every month. Here is how the report was generated.

Data Source This report is based on data collected from 5,120 Windows Phone apps running AdDuplex SDK v.2 (and higher). The raw data analyzed was collected over the day of March 18th, 2016 (UTC time) unless otherwise stated. We have made every attempt to consolidate different reported phone model names under their canonical retail model names, but it is possible that some of the rare model name variations were not accounted for.

With Windows 10 Mobile now available, as an upgrade to most of the devices that are supported, it has gained 2.4% of market share and is now the second most popular OS version. 7.X and 8.1 are both down 0.6% while 8.0 is down 1.1% which suggests that the growth of 10 isn’t entirely down to people upgrading.

The biggest growth this month is for the Lumia 640 which has gained 0.9% of market share and moved ahead of the 635. The 520 takes the biggest individual loss as it goes down 0.5%. If current trends continue this, could be the last month where it is number one. After a 1% growth last month, the ‘Other’ category falls back 1.3%

Click on the source link below to read detailed reports for individual markets.