Skip to content
You are here
Home > Latest Posts > Apps / Games > Why no. of apps in a store is an exaggerated myth? Latest study rates most of the apps as dead. 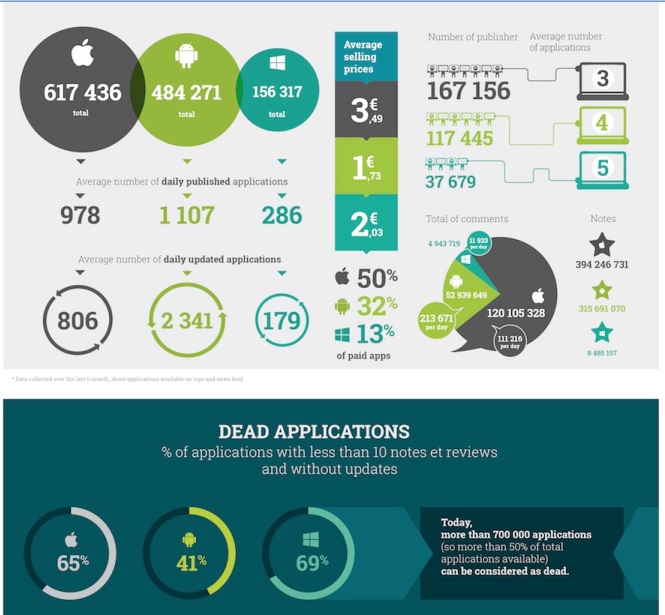 A latest study by “Stardust” (a company that tests mobile apps to make sure they are compatible with the relevant systems, app stores and hardware) has published its analysis of applications in three major stores Apple store, Google Play and Windows Phone store. This study puts number of apps in the three stores as 617,436 apps in the Apple Store and 484,271 in Google play much less than official claims, while the estimate for Windows Phone store is still close to official claims at 156317.

Now, comes the real shocker which puts 65% of iOS apps, 41% of Android apps and 69% of Windows Phone store apps as dead. The criteria here are two, either apps have had no updates and they have fewer than 10 reviews on the relevant app store page. The % in case of Google Play may look less but that is primarily due to the reason that because of the variety of Android software editions and customizations may increase the need for frequent updates.

While, questions may be raised on this study, but it puts a big question mark on the huge application numbers myth and also on the official claims of huge totals by Google and Apple.

Thanks Ramil for the Tip. Cheers!!