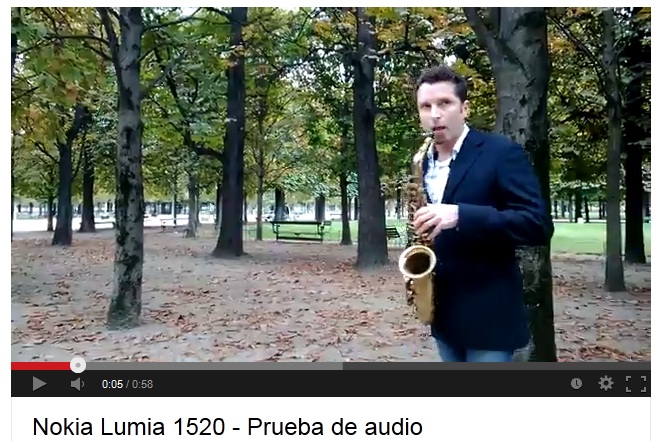 When you have to demo some innovative feature of your product to the world you better think out of box. Nokia has packed Lumia 1520 with 4 HAAC mics, most yet on any Lumia and they are for a purpose. Lumia 1520 has the capability to capture “directional stereo“, which is defined as,

Another innovation that makes the videos unbelievably good is the new Nokia Rich Recording audio technology with four high performance microphones. Two pairs of these new digital microphones are used to capture directional stereo, which means that Lumia 1520 can capture crystal clear audio from the direction that you are recording while suppressing unwanted surrounding noise and echo.

So, how to demo it? Nokia Spain has done it innovatively, with a Saxophone. So, it is perhaps first official video and rich-recording audio sample captured with Lumia 1520 and as always we bring it to you first in Friday watch.