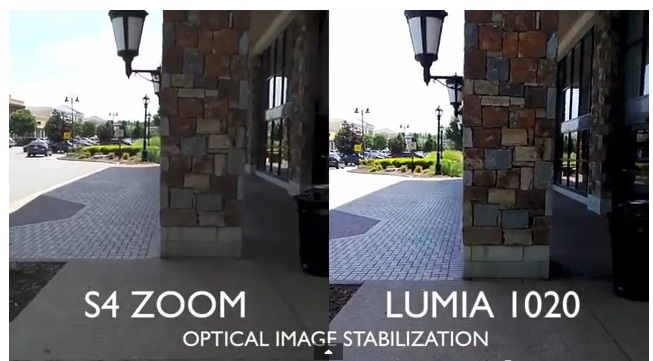 In weekend watch we are bringing to you detailed imaging and video capture comparison done between the recently crowned camera king Lumia 1020 and biggest contender from competition SGS4 zoom. Coming to imaging comparison, Daylight or low-light, Lumia 1020 consistently outdoes SGS4 Zoom in sharpness and amount of details captured.

The video capture comparison tests both video quality and OIS as both devices boast of hardware based OIS. While video capture quality wise there is no competition and Lumia 1020 wins hands down, but even video smoothness wise Lumia 1020’s OIS proves to be better than SGS4 Zoom.

So, watch the video below or click here. It has been posted by Danny Winget on YouTube.