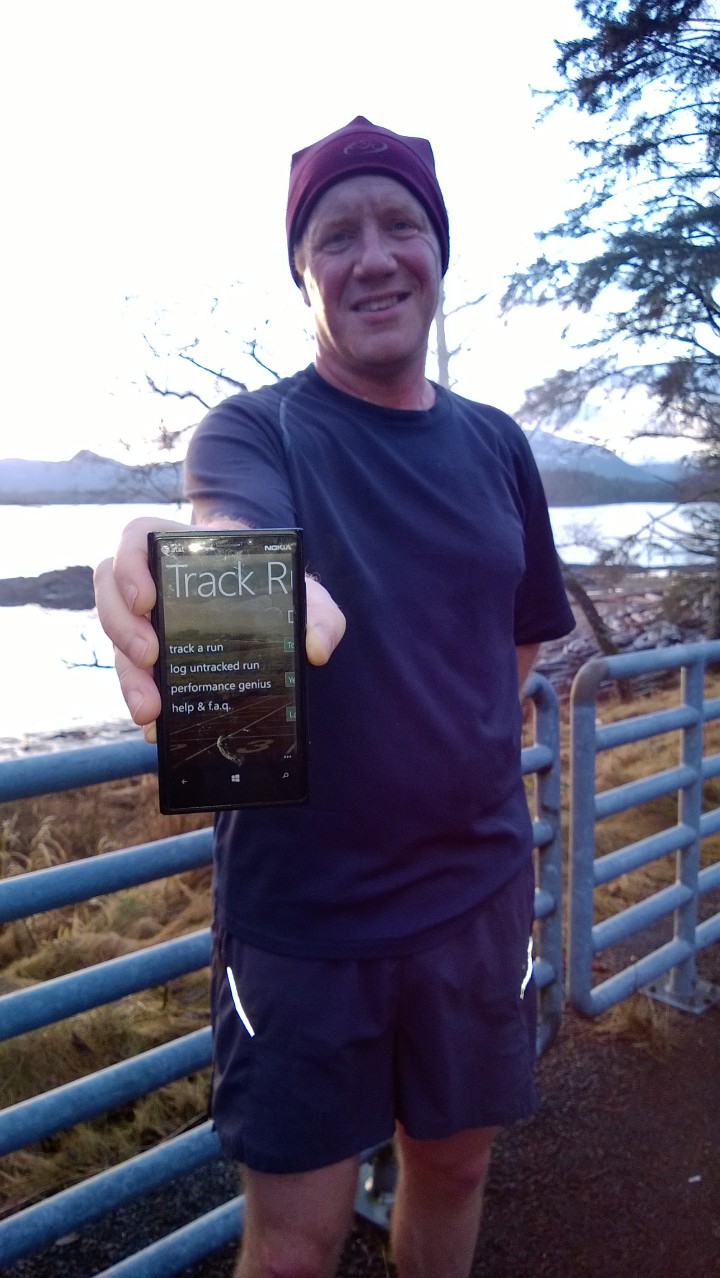 You may remember Joel Jackson, the man who ran 920 miles with a Lumia 920 in Alaska and was kind enough to share his story & views about the Lumia 920. He has now shared a shootout of major “Running” apps on Windows Phone 8 with us and since it is has been done by an avid runner like him, we are really happy to bring it in our “Weekend Read”. Read on to find out which Running apps takes the top spot in this shootout.

It’s the end of the year and many are thinking about a New Year Resolution maybe even being more active.  This is my experiences using several running applications.  Over the past two months I tested @Endomondo, @TrackRunnerApp,  @RuntasticPro.

I tested the apps on my old warhorse the Nokia L920 which now has well over 1000 miles as my Alaskan running partner. Which leads me to why I  first looked at how well they utilized GPS  then ease of use, design, app support and most important, how good are they at keeping track of my running.

My GPS tracking testing is subjective to an extent however there are known areas of difficult reception that I run on.  The standouts in this regard are @RuntasticPro and @TrackRunnerApp.  For some reason Endomondo drops signal more frequently and sooner when entering poor coverage areas.  So much so that tracking runs using GPS was difficult at best.  Runtastic and TrackRunner had similar results.  Both were better at holding signal and had fewer drops, in particular when streaming music in the background.

I view ease of use through the lens of a runner.  Runstastic and Endomondo have similar interfaces with white back grounds and light-colored green/blue typeface.  Being an old guy with substandard eyes the light-colored combinations are difficult to see at times and Endomondo in particular looks dated.  I do like their controls for starting/stopping runs are located on the screen.  TrackRunner is the only one that was designed with WP8 in mind.  Its tile will match your color theme and its color combinations are easier to see.  Using the back arrow as means to start and stop runs frustrated me at times.  I run with the phone in hand and it’s easy to accidentally stop a run.

All apps offer excellent response times from customer service via twitter and emails.  I used Endomondo as my primary app over the past 18 months and their updates of Windows Phone have always lagged that of other platforms.  They make some interesting attempts to engage runners in group activities through their website.  Runstastic Pro makes similar efforts at engaging customers and seems to have their heart in the Windows Phone camp. Their stories and integrated @NokiaTracks music streaming are both great.   TrackRunner is new and is focused on just runners. The developer AppCauldron is active in various forums responding directly to questions. Additional functionality like tracking wear on your shoes and performance genius which projects your potential for improvement are great.

I had always used Endomondo begrudgingly because initially there was not alternative. Most of my previous running data is now trapped on Endomondo because it could not follow runs due to poor GPS tracking.   I still like RuntasticPro, my wife uses it for walking.  As a beta tester for TrackRunner I got a chance to see AppCauldron improve and revise their app based on my and others real running experience.  The application is simple to use and is my new daily running partner.

If you are using a windows phone and you want to support the platform (and get/keep fit) then go download TrackRunner App here and run.  What are you waiting for?  Stop reading and get running!

I am not an employee of and have not received compensation from the companies I mentioned.  I was/am a beta tester for TrackRunner App.

I am a Catholic guy who is a slogger when I run, I love my wife, my children and my community.  I believe in being thankful whenever possible.  I am sometimes on Twitter @alaskanjackson and play on Xbox from time to time, gamer tag alaskanjacksons.