Skip to content
You are here
Home > Latest Posts > US government report: #Android target to 79% of mobile #Malware threats.#Windows Phone sits at just 0.3%. 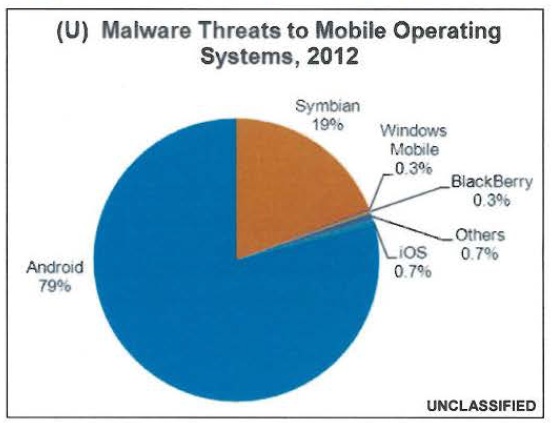 This may serve as an eye-opener for the next time when you decide to buy a smartphone. US government report indicates that Android is target to a majority 79% of Mobile Malware threats. Reasons cited behind this are its “open architecture” and 44% of the devices still stuck on older OS versions due to lack of updates for cheaper devices by manufacturers, which is a trend in Android land.

Windows Phone is one of two most secure platforms another being “Blackberry“. It is target to just 0.3% threats compared to iOS which is targeted by 0.7%. Symbian is targeted by 19% of malware threats, which again may be due to it going “open source” once upon a time, but still is much much better than Android.

Thanks Geeks for the Tip. Cheers!!