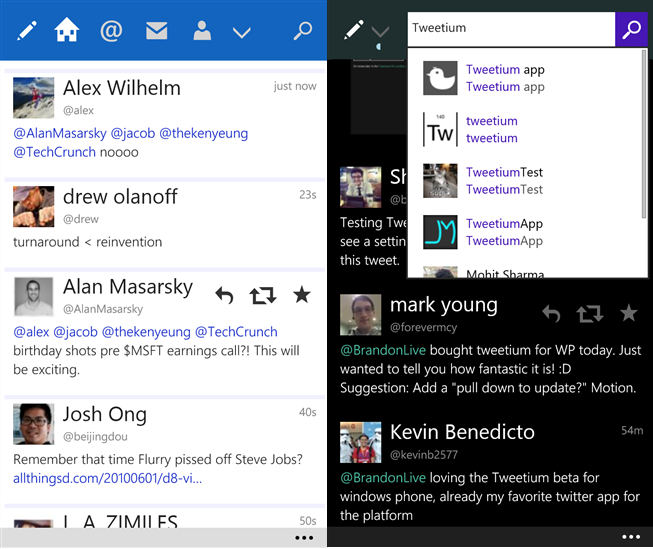 Tweetium, the Windows Phone app is now out of beta and officially available for Windows Phone. It helps you to get the most out of Twitter on Windows phones, tablets, laptops, and desktops.

The base app price gets you the fully featured standard Universal App with support for using one Twitter account at a time on any of your Windows devices.