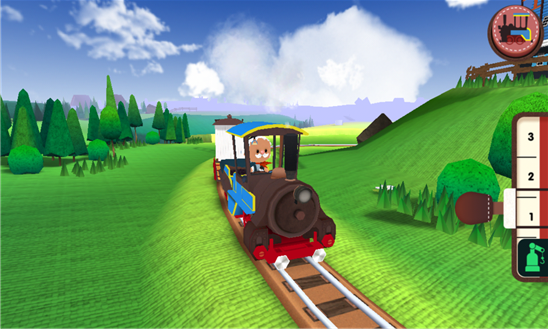 The Windows Phone app which has gone free next as myAppFree app of the day is Toca Train.

All aboard? Time to get on Toca Train! Your kids are the train driver in this fun and friendly train simulator. The controls are intuitive and there are no written instructions. Just pull the levers, push the buttons and start exploring the island with your train!

Toca Train is not a game – it’s a toy where you and your kids decide what you want to do. Where do passengers want to get off? At what stop should you unload the crate of pears? Your kids imagination is the only limitation! Just like a toy train set.

Toca Train is suitable for kids between 3-7 years old.