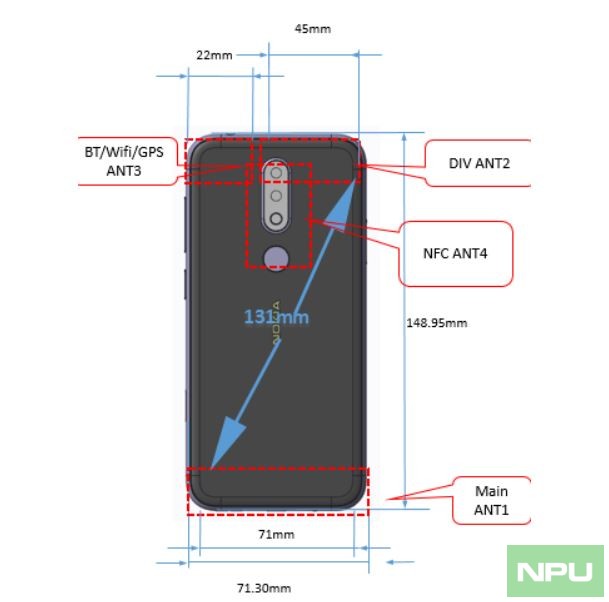 We last reported about Nokia smartphone TA-1157 (Nokia 3.2) passing certification at FCC. TA-1157 is an Android One smartphone and the specs confirmed via FCC certification shows that it is a smartphone belonging to Nokia 3.1 kind of price range.

Now, another variant of the same smartphone has passed certification at FCC as TA-1150. The TA-1150 is similar to TA-1157 in all the ways. We were even able to find a Antenna diagram for TA-1150 (Check above) that interestingly reveals even more about the smartphone in question.

The diagram reveals that it will also pack a Dual-Camera setup at the back and will also feature rear Fingerprint sensor. The device will be a mid-ranger Android One smartphone that will come in two variants, 3GB RAM+32GB storage and 2GB RAM + 16GB storage.

Nokia 3.2 may be the third smartphone to get launched by HMD along with Nokia 9 and Nokia 6.2 at MWC 2019. The launch event is scheduled to take place on Feb 24 and invites have already been sent.