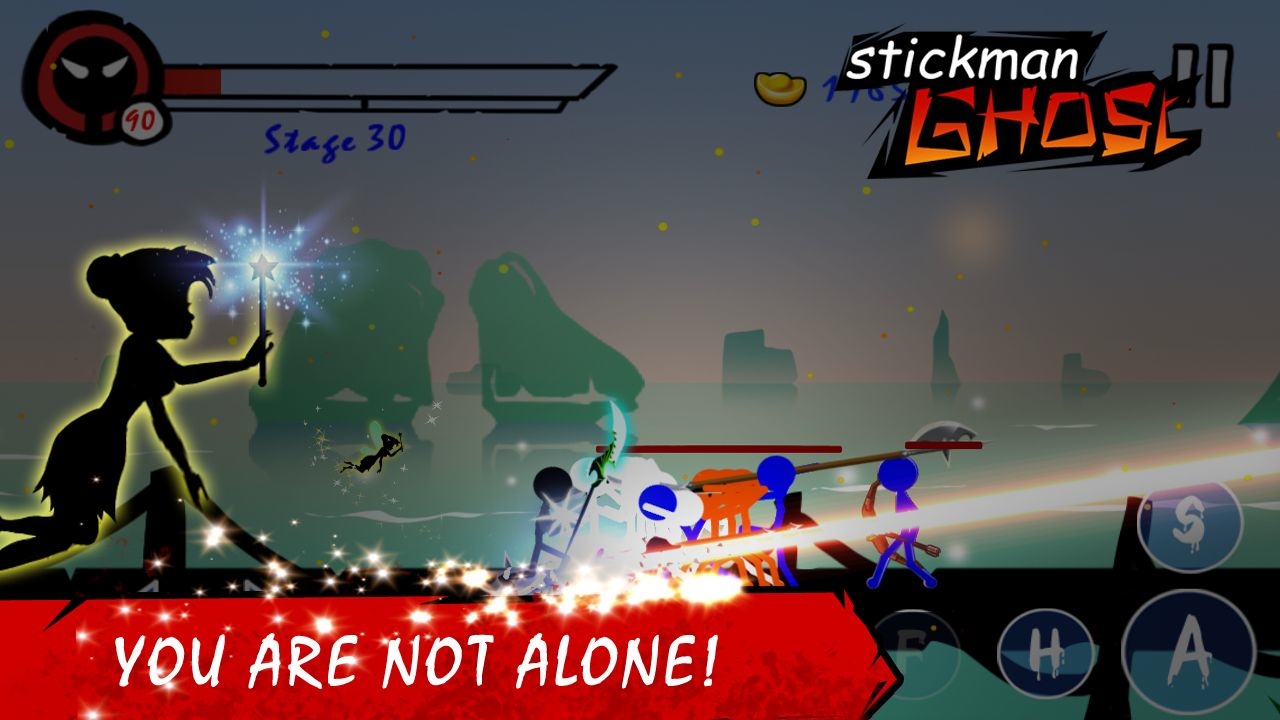 Today Five Fingers company released Stickman Ghost Ninja a new game for Windows phone users. This game is basically full of Action and Adventure. The game graphics are cartoon style but the sound provide some realistic thrill.
This game will allow you to own bows, swords and other powerful weapons, so that you can kill the enemies.

Become a mature bravo samurai to revenge stickman betrayed. With swords and bow he is going to defeat all monsters and bosses. Let’s upgrade and equip weapon and get the intervention help of fairy queen and skyrim to fight demon, godzilla boss. Simple controls and hardcore gameplay you can perform amazing stunt to kill your stalking enemy.