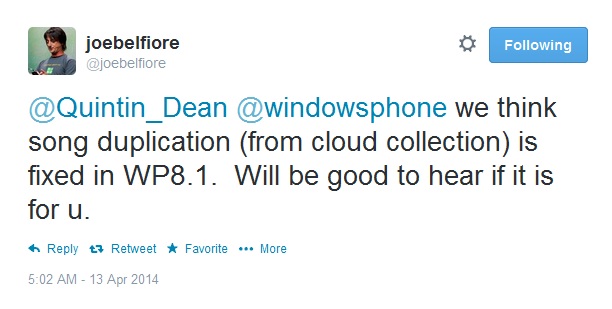 @mariusmuntensky me screen is changed but other FB integration still present… And it improves with the WP8.1 FB app installed. — joebelfiore (@joebelfiore) April 12, 2014

@CandrabeQx WP8.1 has FB integration as before. We ADDED a 3p app extension for more/better integration, which 3p can add on their own — joebelfiore (@joebelfiore) April 12, 2014

Also, the new Facebook app may look like the old WP8 app, but brings better integration and integration with Cortana,

@HassanAliAbbasi FB app on Win8.1 looks similar to WP8 but has better integration, integrates with Cortana.

He also mentions no significant feature update for office for Windows Phone,