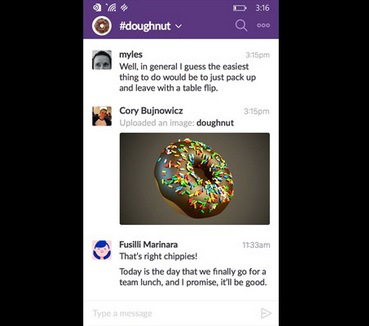 Slack beta has received a new update for Windows Phone Device. The new version is 2016.301.0.0. The latest update are minor one which brings only bug fixes.

Slack brings all your communication together in one place. It’s real-time messaging, archiving and search for modern teams.

Some bugs snuck in to the previous release. We’ve wheedled them out again.

The last update was rather massive one which was released on the 26/2/2016 and the full changelog can be read below.