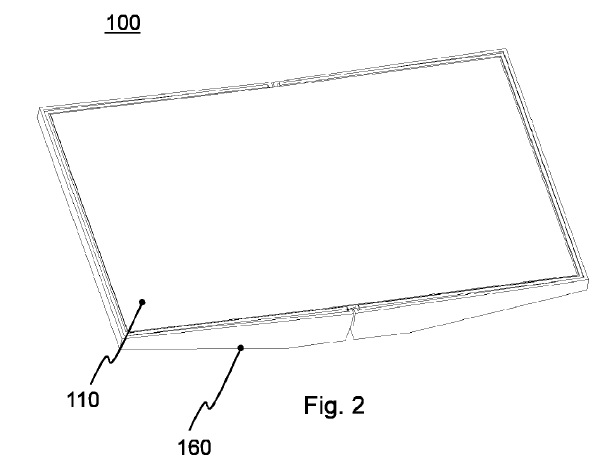 Nokia has been long investing in research of foldable electronic devices and components like Display and Battery. We have earlier reported Nokia demoing foldable OLED displays in 2014. These displays can be folded for more than 100,000 times, without breaking them. We also reported about a foldable battery patent earlier that we think can lead to super-thin and truly foldable devices.

Nokia has been recently granted a patent that features a “Foldable electronic device” that features a single bendable display. So, the device can be folded or opened and the display being bendable will also get folded or straightened as per device’s position.

Electronic devices such as mobile phones, tablets or other handheld or portable devices may comprise a foldable structure. There may be for example an open configuration and a closed configuration for different purposes.

Have a look at the patent images below,

We mentioned about foldable displays in the beginning of this article and such displays can really make foldable smartphones or Tablets with a single display a reality. This may help in easily accommodating a phablet in our pocket.

[0043] In an example embodiment there is provided a (hard shell) folding device suitable for accommodating a flexible or bendable display that extends over at least two movable housing parts of the device. In this way it is possible to provide a pocket size device with a relatively large display (for example a 6, 7 or 8 inch display or larger). For transport or storage the display is folded into a hard shell casing for maximal protection.

But it is not limited to only Smartphone or Tablets.

FIG. 1 shows an exploded view of an apparatus 100 according to an example embodiment of the invention. The apparatus 100 is for example a tablet computer, a personal digital assistant, a smartphone, a media player, an e-book reader, a display or a flat-screen television. The apparatus 100 comprises a flexible display part 110, a metal spring 120 and frame parts 130. The flexible display is configured to be assembled on the spring 120 and the spring 120 is configured to be assembled on the frame parts 130. In an example embodiment the frame parts 130 comprise printed wiring board, PWB, and electronics (not shown for the sake of clarity).

More about the display.

[0050] The display part 110 can be made of plastic, thin glass, thin metal or elastomer for example and, in a further example embodiment, the display part can comprise resilient materials, such as a gel, an elastomer, foam, rubber or silicone or other resilient structures such as hollow, woven, folded or coiled structures, or a folding membrane of e.g. thin polymer of fabric.