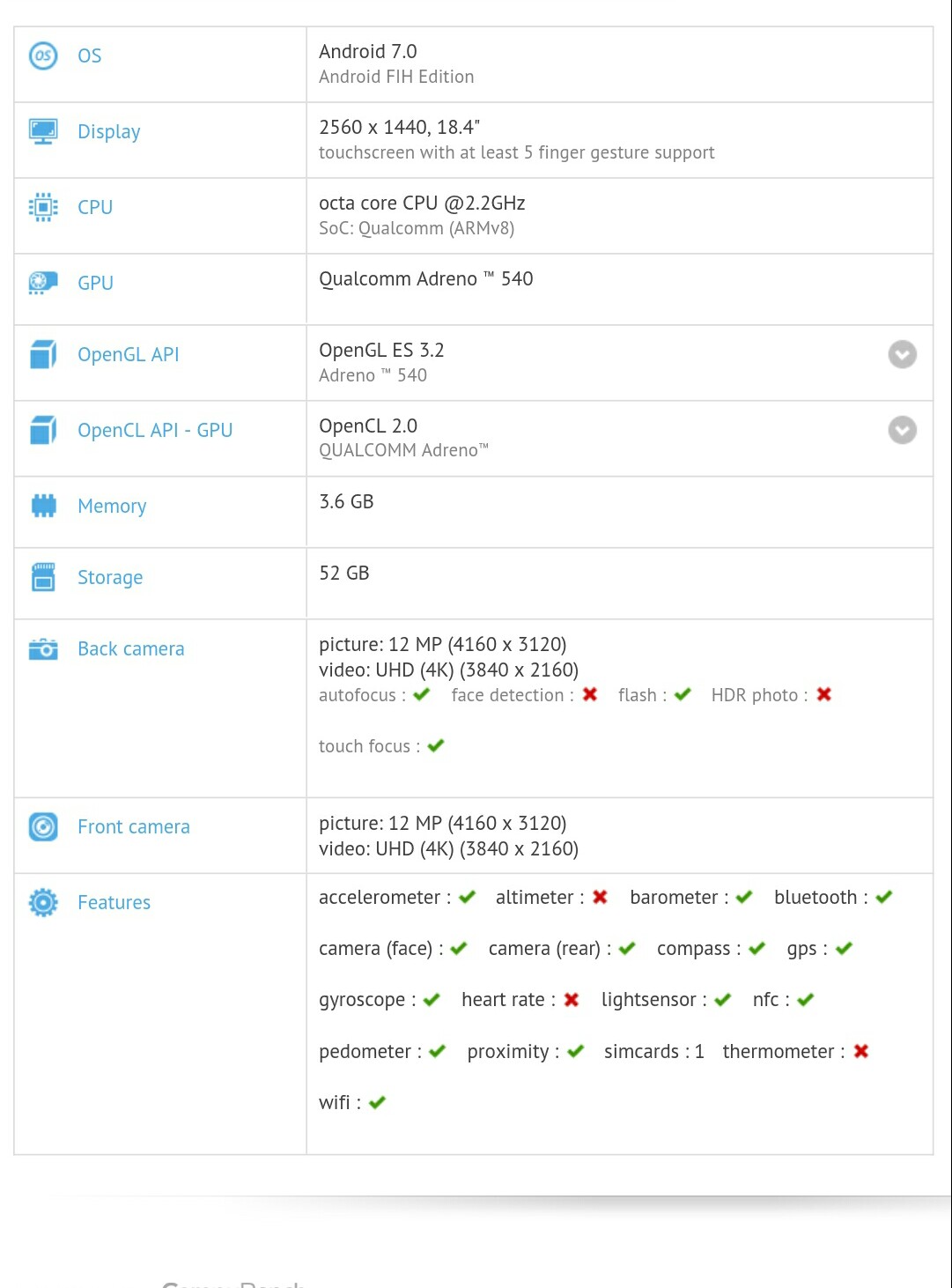 Nokia has already announced their first smartphone as their first comeback device as Nokia 6. But the Nokia 6 is exclusively available in China only.  So we expect the company to bring some new global devices.

Not only smartphones but the company seems to be working on tablets also. A new tablet from Nokia has now visited the benchmarking site GFXBENCH. The tablet visiting GFXBENCH doesn’t have a name mentioned there.

As for as specifications is concerned, it comes with an 18.4-inch display with a resolution of 2560×1440 pixels. The upcoming Nokia tablet has 4GB of RAM in it. The internal storage showing is 52GB which is actually the free storage after OS installation and partition and actual storage will be 64GB. It has an Octa-Core Qualcomm Snapdragon 835 chipset which is the flagship chipset for devices of 2017. The leaked tablet from Nokia has 12MP of main camera with Ultra HD video recording support at a resolution of 3840×2160 pixels. The rear camera comes equipped with auto focus and LED flash. There is 12MP camera sensor on the front also with similar video resolution but it doesn’t get LED flash.