Skip to content
You are here
Home > Latest Posts > Opinions > POV: Lumia Flagships with on-screen buttons will alienate many buyers. Take the poll. 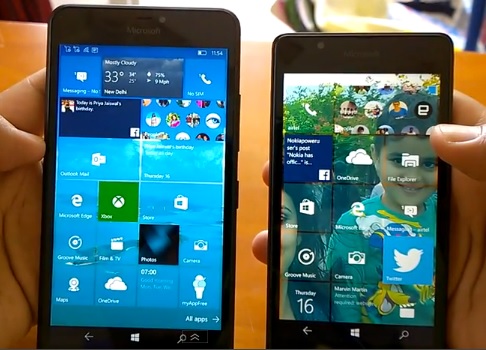 I was in a Nokia (Microsoft Mobile) Priority store and I saw a customer  checking Lumia demo units sometime back in May. The person was most interested in Lumia 830, impressed with its design. But the store guy informed him that Lumia 830 is on its way out and had been scraped by Microsoft and that he should go for some newer model instead. But the customer was least interested in any of other models including the 730s and 640s. The bone of contention was the “lack of capacitive touch buttons“. So, he was informed that he needs to wait for few months and then he will get newer Lumia devices with capacitive touch buttons.

But if a recent rumor needs to be taken into account the flagship Lumias will come with on-screen touch buttons. While we have asked our sources and they tell us that they have seen Lumia 950 and Lumia 950 XL protos with hardware buttons, it is now a 50:50 thing, as we don’t have a real image of a prototype unit.

Anyways, if this has to come true, Microsoft will alienate many prospective Lumia high-end buyers looking for that “high-end” or “classy” feel. If you ask me, I will certainly prefer hardware touch buttons on an expensive Lumia.

What do you think?? You can vote in below poll and tell us and Microsoft about your opinion.