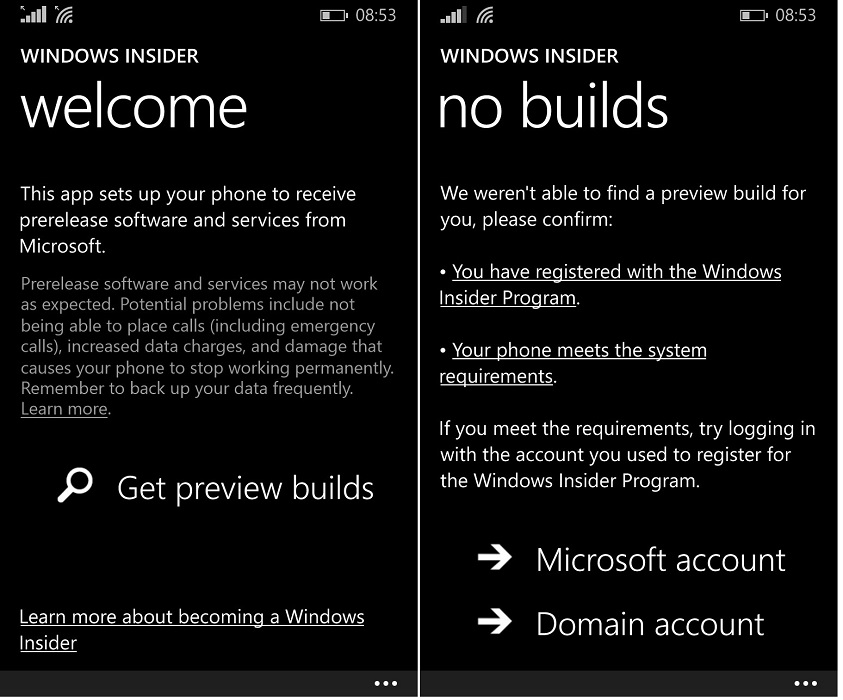 Microsoft has pushed an update to the “Phone Insider” app that was leaked sometime back and this update basically enables the app for Windows 10 preview Build release to insiders. The app name changes to “Windows Insider” that shows Microsoft’ intent to keep it “one Windows” name for all versions of Windows 10.

If you try now, you will be welcomed with a message of “We were not able to find a preview build” and a bit scary looking message about certain “system requirements”, though if Windows 10 Desktop system requirements are some indication, it should not be an issue at all and all Windows Phone 8 / 8.1 devices should be supported, though you may require to be on Windows Phone 8.1’s one of the latest Builds. But with Microsoft you never know and they can always serve a shocker.

When to expect first Windows 10 for Phones Build:

Our sources told us (on January 21) that it may be matter of 2-4 weeks, before we should really expect first Windows 10 preview for our devices. So, we are in fact entering 2nd week already and this app update may hint a sooner release.