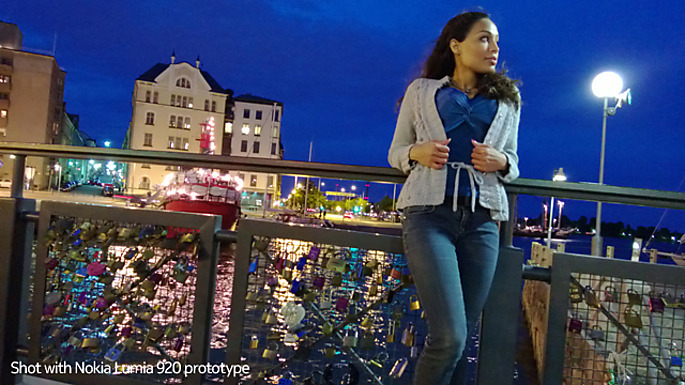 Nokia has posted some images on the Lumia 920’s product page, and according to them these have been shot by Lumia 920’s early prototype. They have also produced images in similar condition and of similar object captured with what they call as leading competitor’s smartphone (iPhone 4S/ SGS III).

Having a look at images from Lumia 920’s cam convinces you that Nokia is certainly onto something special with PureView on Lumia 920. If these are from a Lumia 920 prototype, Nokia give me that one now, and I pay in full :).

Pictures are certainly stunning for a smartphone and low-light conditions. These look even better when compared with picture captured with that Competitor’s Smartphone. As expected, there is no EXIF. So we can’t make out identity of the other smartphone.

Check more samples from both Lumia 920 and Competitor’s smartphone in below Gallery.