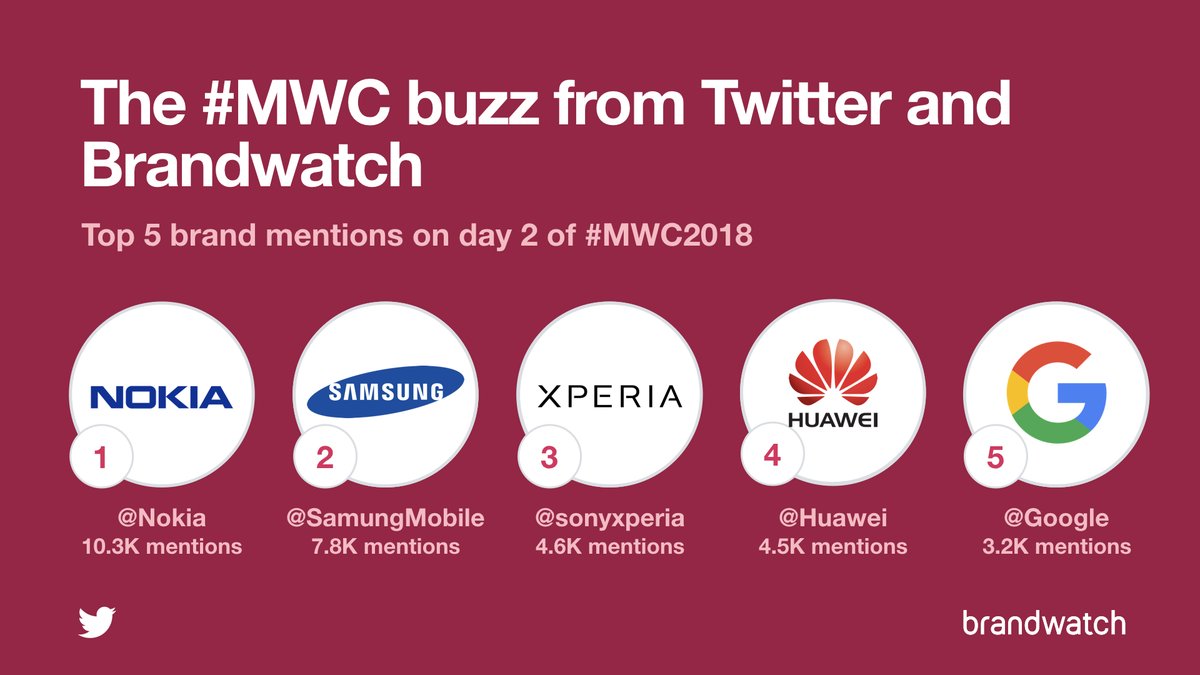 HMD launched five new Nokia Phones on the Day 2 of MWC and stole the thunder from likes of Samsung, Sony & others who also launched their phones on the same day. Twitter has reported that Nokia was the most mentioned brand on Day 2 of MWC 2018 in a tweet from its official account.

With 10.3k mentions, Nokia brand beat Samsung (7.8k mentions) that launched its flagship smartphones on that day. This indeed was a coup.

Here are the Top 5 brands everyone was talking about on Day 2 of #MWC as Nokia and Samsung topped the conversation. pic.twitter.com/kxVN7fQX8h

While HMD caught attention with devices like Nokia 6 2018, Nokia 7 Plus and Nokia 8 Sirocco, it also created a big nostalgia wave by launching the “Matrix-reloaded” Banana Phone Nokia 8810 4G.

In its very first year not only Nokia has become the top feature-phone brand by value but has also entered top 5 smartphone vendor rankings in 15 markets. The love and attention that Nokia brand still receives from the public may help it climb higher in 2018.