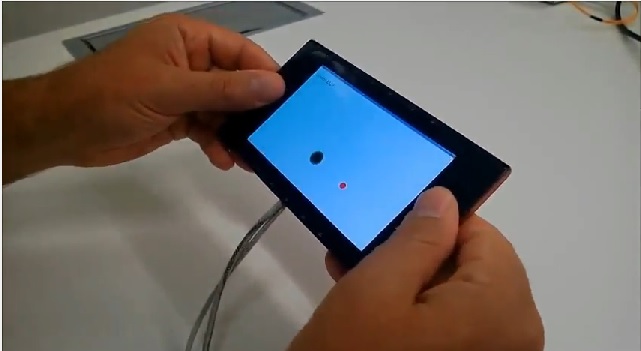 That Nokia has always been interested in flexible /  Bendable smartphones (devices) is a well known fact, since the time they demoed prototype kinetic devices during Nokia World in 2011. Though, later we didn’t see commercialization of bendable smartphones tech, which may have been due to sharp change in focus under Stephen Elop.

But, now Nokia is free to pursue tech and Brand licensing and the first example of what Nokia can bring to market with help of ODMs is in front of us as impressive “Nokia N1“. Coming to bendable tech, we reported Nokia demoing two bendable / Foldable OLED displays in June, this year.

Now, we have a video which demos Nokia Research center’s work around “What is a device bend gesture really good for?”. They conclude that device bend gestures work best in use case, where there are continuous, bipolar input (simultaneous, both ways) and quick reaction is required. “Gaming” certainly comes to mind, when you think about the use cases.

Device deformation allows new types of gestures to be used in interaction. We identify that the gesture/use-case pairings proposed by interaction designers are often driven by factors relating improved tangibility, spatial directionality and strong metaphorical bonds. With this starting point, we argue that some of the designs may not make use of the full potential of deformation gestures as continuous, bipolar input techniques. In two user studies, we revisited the basics of deformation input by taking a new systematic look at the question of matching gestures with use cases. We observed comparable levels of UX when using bend input in different continuous bipolar interactions, irrespective of the choice of tangibility, directionality and metaphor. We concluded that device bend gestures use their full potential when used to control continuous bipolar parameters, and when quick reactions are needed.