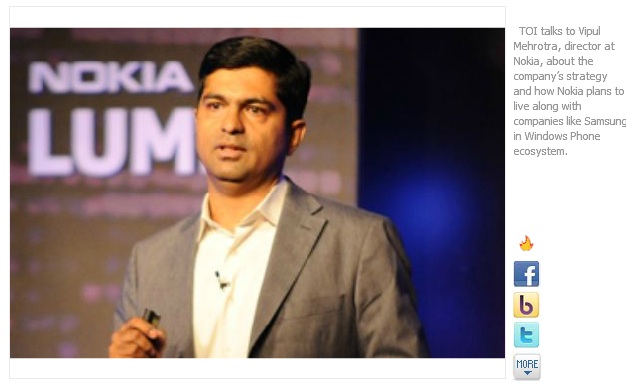 TOI, the leading English daily in India has got a chance to interview “Vipul Mehrotra”, a director at Nokia, responsible for the company’s smart devices in India. He has also spent four years working on the strategy for Nokia’s future and he was also the man who led the negotiations with  Microsoft before the company decided to throw in its lot behind Windows Phone.

The interview is quite detailed and Vipul has answered a range of questions from why Nokia fell, why windows phone eco system, why ditch Meego to is there any Plan B. We are just gathering most important points from his interview below.