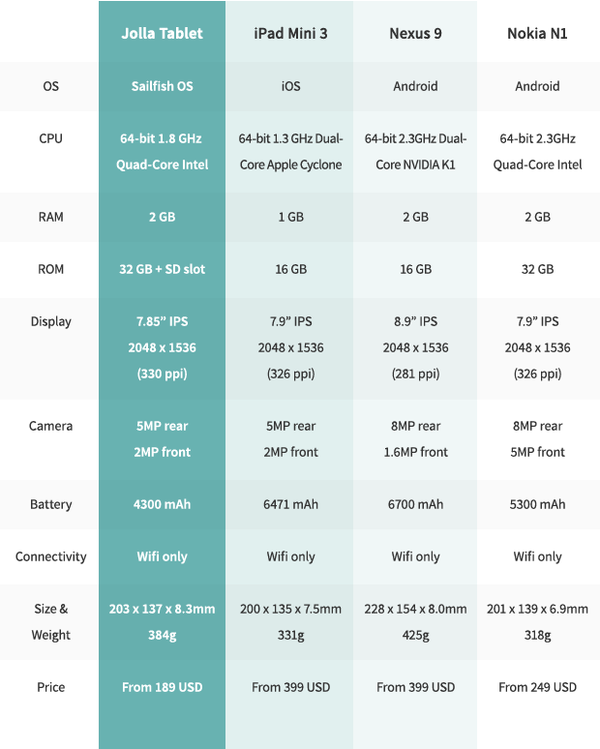 Nokia N1 and Jolla Tablet are both priced very well at retail price of $249 ($189 in the table above is misleading and was for crowd-funding pre-orders) for the specs and features they pack. Nokia N1 is thinnest and lightest of the lot. It packs best cameras in rear and front (specs wise).

Nokia N1 also has some unique and innovative features like reversible USB connectors (Type-C), which is absent from all the competitors mentioned in the article. So, it looks like Nokia N1 leads the pack of similar tablets in terms of desirability due to its design, camera, processor, display and unique features, it packs for the awesome price of $249.

Read all the specs, features, pricing and availability details of Nokia N1 at our dedicated page.

Thanks Joseman for the tip. Cheers!!