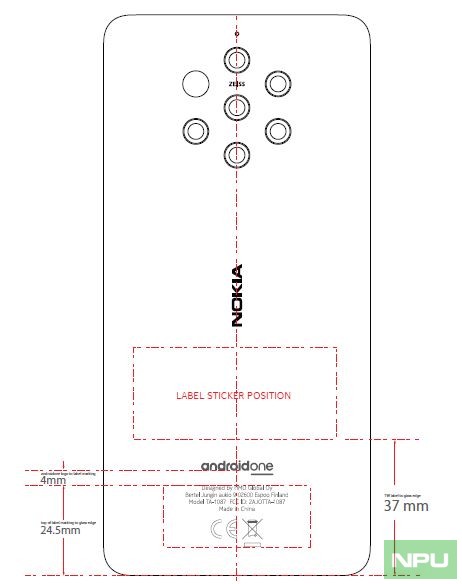 It is also clear from the image above that Nokia 9 PureView won’t be an Android One device in China but will be one in Taiwan. Also for the first time the Penta-Lens rear camera is confirmed in an official design sketch by HMD submitted to FCC. Only today we have seen Nokia 9 PureView being leaked in Google Play store supported devices list.