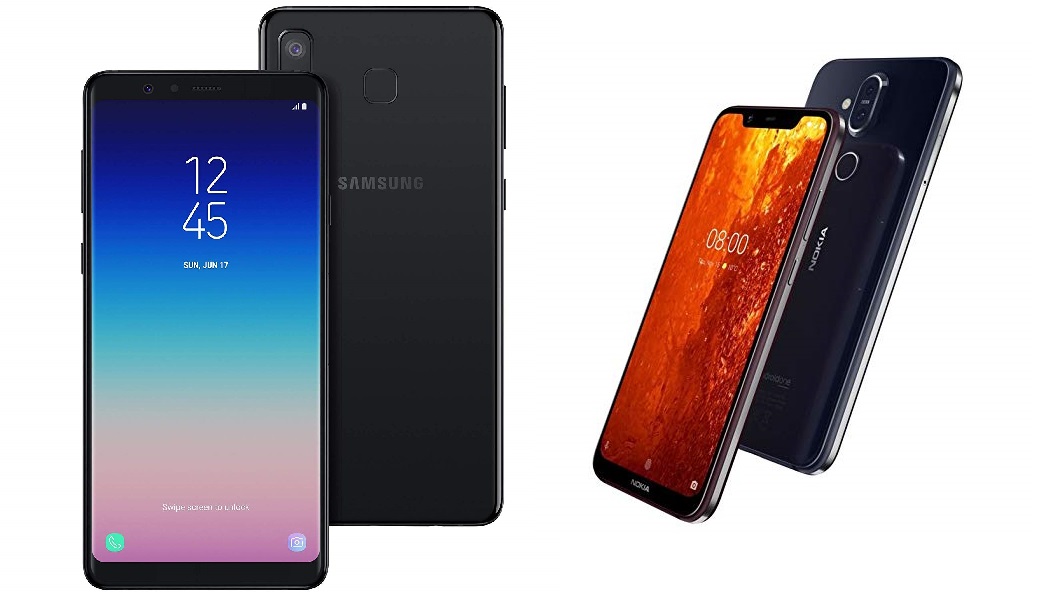 Nokia 8.1 though priced as a high mid-tier category device, does challenge other flagship smartphones. Although none of its attempts are successful, it delivers a key message – a smartphone even with a price half of a true flagship smartphone can bring most of the stuff to the table. Both Nokia 8.1 and Galaxy A8 Star are the shining examples of that.

They are not as good as a thousand-dollar(or close to that figure) smartphone but they deserve equal attention. And now that two smartphones are fighting for a single spot, a comparison between the Nokia 8.1 and the Samsung Galaxy A8 Star would be interesting.

Pricing is one of the reasons the devices are arch rivals. The Nokia 8.1 will cost you Rs. 26,999 while the Samsung Galaxy A8 Star is priced at Rs. 26,990. However, HMD also launched another version of Nokia 8.1.

The new version is no different than the original device except for the fact that the latest Nokia 8.1 has more RAM. For that, you need to pay a little extra as the price is set at Rs. 29,999.

Nokia 8.1 vs Samsung Galaxy A8 Star: Display and design

If something on which Samsung can be very proud of would be the Display. The Samsung Galaxy A8 Star features a 6.28-inch Super-AMOLED display with a resolution of 1080×2220 pixels. Although ahead in the pixel count(1080×2246), the Nokia 8.1 sports an IPS LCD panel and while this isn’t at all a bad thing, the Super-AMOLED is something that I prefer over the IPS LCD – better black, better viewing angles and to name a few. Also, there is no notch.

This in no way makes the Nokia 8.1 display inferior to the A8 Star. HMD too has technologies like PureDisplay which does produce great results and I won’t be surprised if you pick Nokia over Samsung. They both have a great display but as they say, beauty lies in the eyes of the beholder.

The Nokia 8.1 has a dual set up at the back side. We are talking 12MP+13MP dual set up with LED flash at the back side and at the front, you have a 20MP shooter. The rear camera supports both OIS and EIS. The quality 8.1 produces with this set up is no less than great.

Although not as good as its rival, the Samsung Galaxy A8 Star produces decent results, it has 16MP+24MP dual set up with LED with LED flash and a 24MP shooter for taking selfies. However, the A8 Star lacks both EIS and OIS.

Nokia 8.1 vs Samsung Galaxy A8 Star: Performance and battery

With battery backup, the story is a bit different. The Galaxy A8 Star packs a 3700 mAh of battery backup while the 8.1 offers 3500 mAh but this is a minimal gap and does not make much difference. Nokia 8.1 being an Android One device is a lot more power efficient than the A8 Star.

If you own a Nokia 8.1., would you recommend it to anyone looking for a value for money flagship smartphone? Don’t forget to sound off in the comments section below.