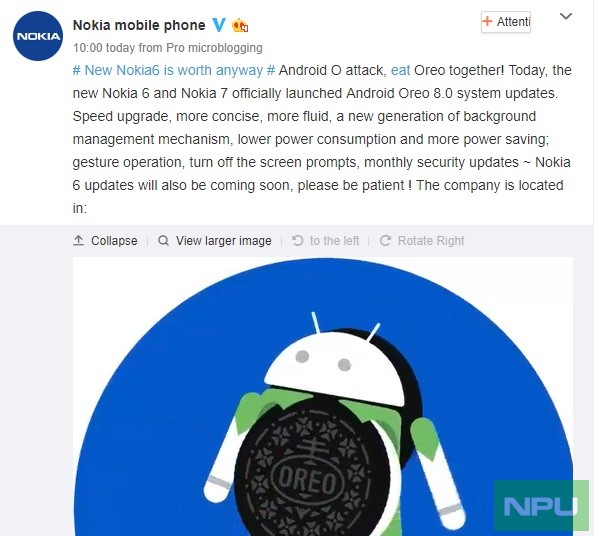 The Android Oreo Beta update for Nokia 8 is 1581 MB in size. You can just check for the update by going to Settings–>System–>About Phone–>System update.

Android Oreo is a significant update that brings a number of improvements in the Android user experience. It brings many new features such as picture-in-picture, autofill, integrated Instant Apps, Google Play Protect, faster boot time, and much more. In case you want to read and watch all new Android Oreo features and changes in action, you can check our article here.

Nokia 7 is available only in China so far but it is destined to arrive in India and European markets soon and by February may arrive in most of the markets.

Nokia 7 enjoys as high as 98% positive buyer ratings in China. You can read our full Nokia 7 coverage by clicking here. Read full detailed Nokia 8 specs, features, images, video and other details at the dedicated page.