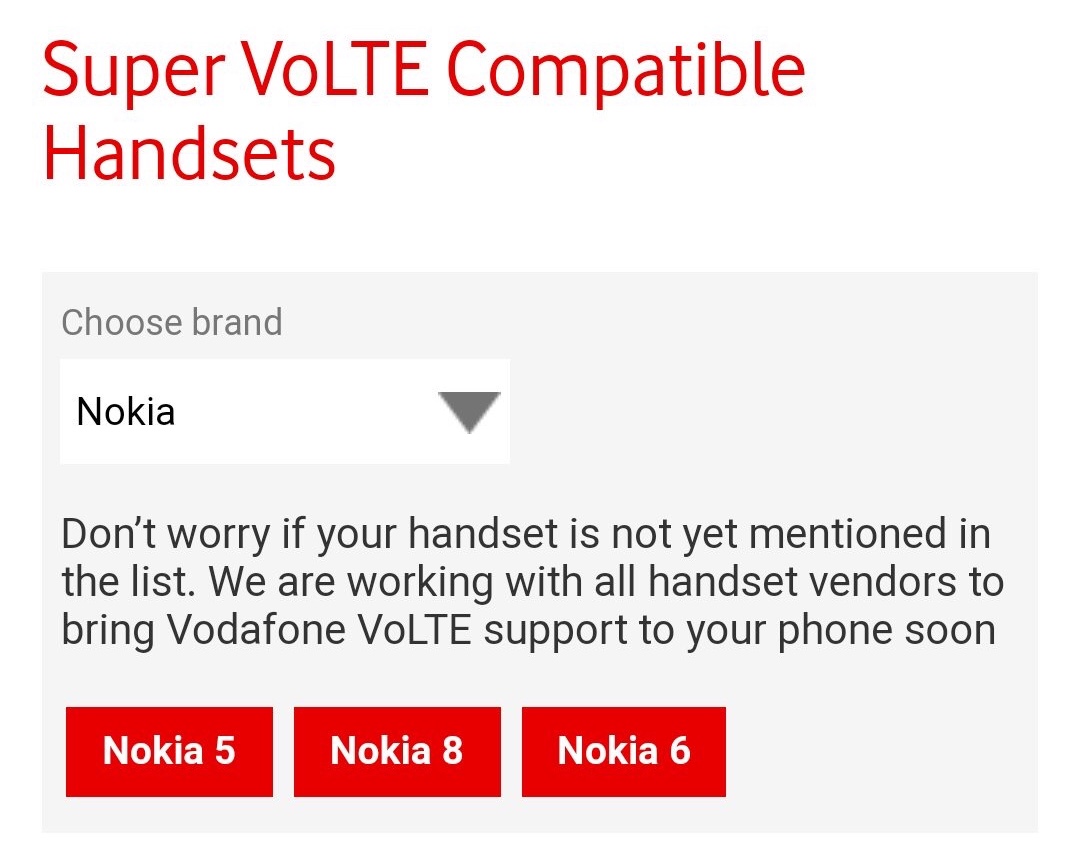 Back on 29th March, we reported about HMD Global pushing a new update to the original or we call it the first gen Nokia 6 smartphone.

One important thing that is now discovered is the introduction of Vodafone Super VoLTE in India. The Nokia 5 and Nokia 8 have already been listed as the Vodafone Super VoLTE supported devices. But with the Android Oreo 8.1 update, the Nokia 6 of 2017 also joins the same wagon.

With this update, we now have 3 Nokia Android smartphones with Vodafone Super VoLTE support in India. These devices include Nokia 5, Nokia 6 and the Nokia 8.

Thanks Vikrant for the tip. Cheers!!