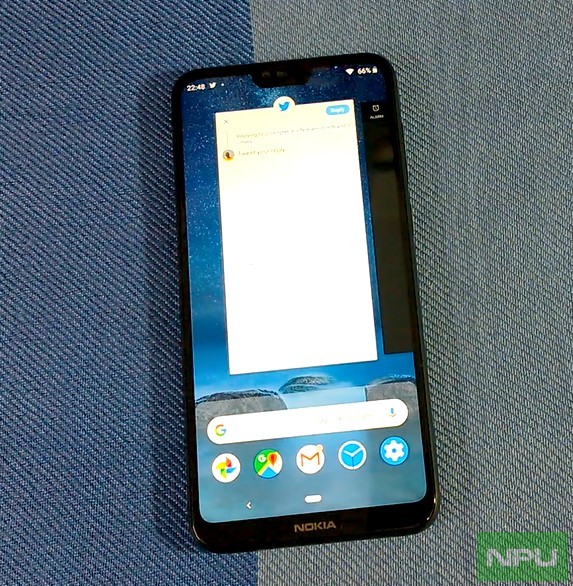 Nokia 6.1 Plus was the first HMD made a smartphone that came with the notch design. Both the 6.1 Plus and Honor 8X launched at the same time frame and specs and price, it looks quite a competitive battle.

Nokia 6.1 Plus vs Honor 8X: Display and design

There aren’t any noteworthy differences in the quality of the display between the two. The Honor 8X features a 6.5-inches IPS LCD display panel which is more suitable for the ones wanting to use their smartphone just for content viewings. On the other hand, Nokia 6.1 Plus has a 5.8-inches IPS LCD display panel. One important point to note here is that the Honor 8X does not have any sort of display protection while the 6.1 Plus has Corning Gorilla Glass 3.

Design-wise, I would argue that Honor 8X did a pretty good job. The smartphone manufacturer like most of the Nokia phones went with plastic but managed to give it a premium look. And while the 6.1 Plus also feels no less than premium, the aesthetic of the Honor 8X cast a spell on me.

The struggle with low light photography continued with the Nokia 6.1 Plus and this is one of the areas where the Honor 8X completely outshines HMD’s effort. But since it’s a Nokia, you can expect some decent photography with the device and many a time it outdoes the 8X, but it comes with an asterisk.

Nokia 6.1 Plus vs Honor 8X: Performance and battery

The Kirin 710 is slightly better than the SD 636 but one would barely notice the difference. And if we talk about gaming, it is hard to pick up the winner. While the GPU in the 6.1 Plus is better than the 8X, the Turbo Booster on the latter device has the potential to turn the table.

On paper, Honor 8X has an edge over the 6.1 Plus in battery life but again both of them are pretty good and can easily serve you an entire day without having to plug the charger. HMD’s boy has 3060mAh of battery while the 8X has 3750mAh.