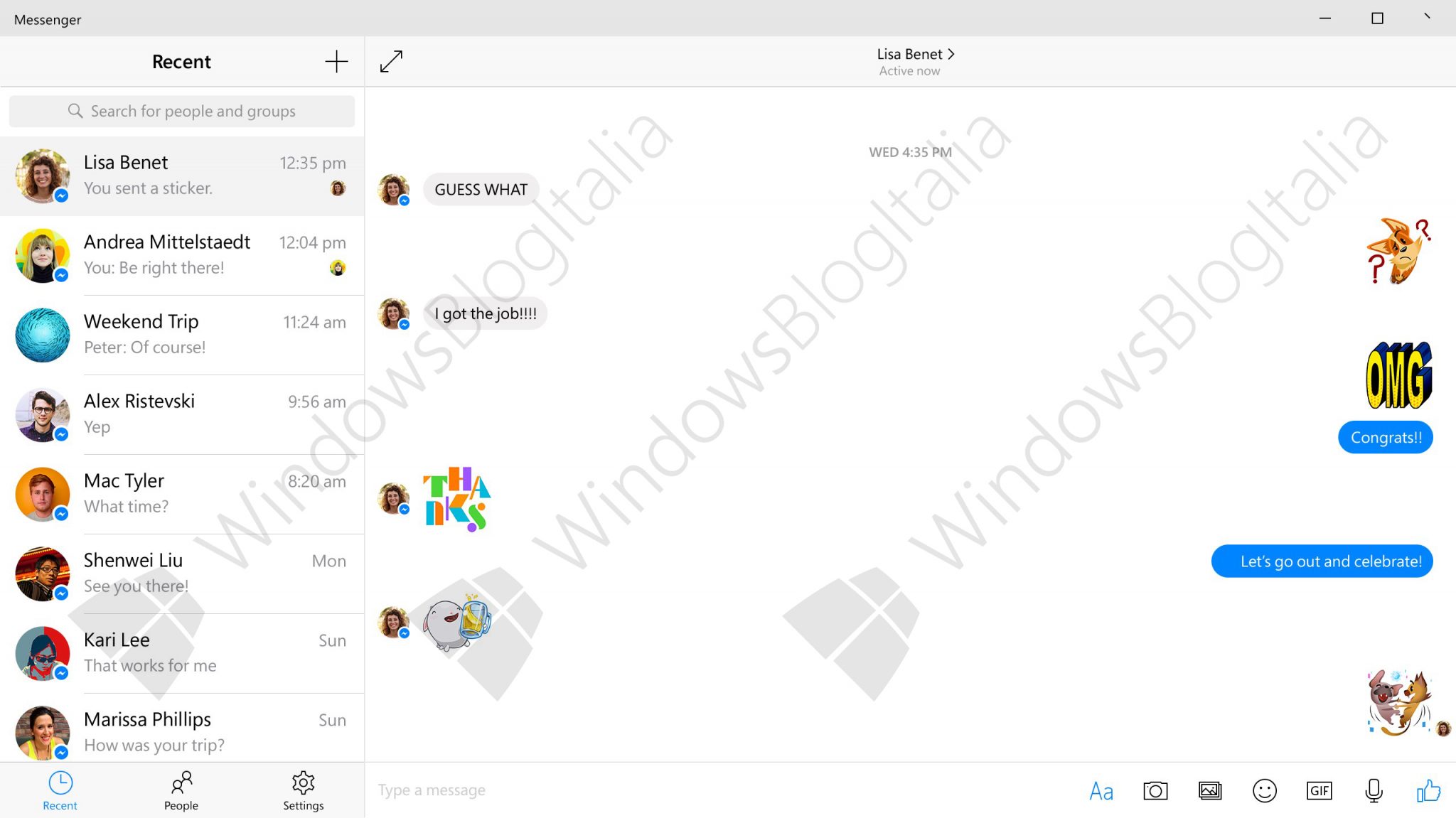 WindowsBlogItalia has again posted some new screenshots and videos of Facebook messenger. They claim that it is the leak of new Universal Windows app of Facebook Messenger.

Facebook authorities recently mentioned about their upcoming universal windows messenger app. As you know Facebook messenger on Windows phone is a crap app with lot of bugs and crashes. So users complained to Facebook about this. So the company officially said that they are working on new universal Windows messenger for Facebook. But there were no confirmation about the release date.

These are the features of Facebook Messenger as per the leak :

We can’t confirm the authenticity of this leak , because they already posted some other pics of Facebook Messenger and they finally declared that it is just a fake app, anyway let’s see. Comment your opinion.