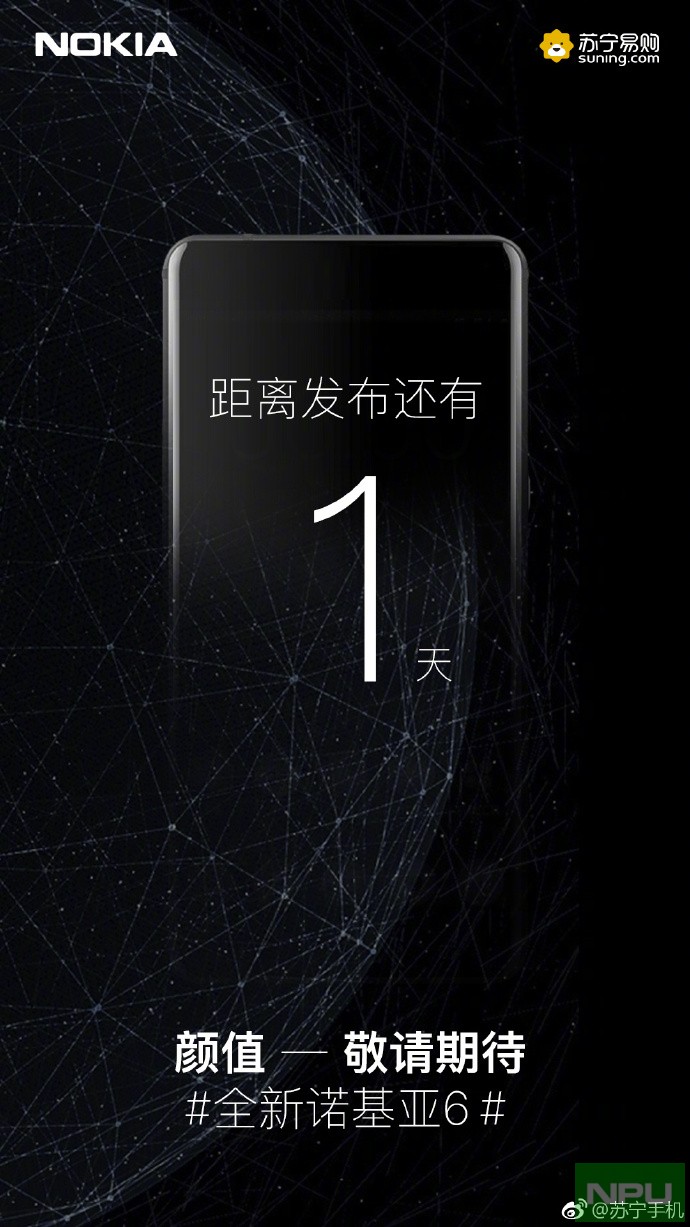 We last reported about Chinese retailer Suning teasing a Nokia 6 2018 launch on Friday, January 5th. Now, the retailer has followed its first teaser with more and the recent two teasers, not only hype up the launch tomorrow they also provide some info about the device.

This teaser reveals that the Nokia 6 2018 version exclusive to Sunning will have a 4GB RAM + 32GB ROM configuration.

Another teaser has a Nokia 6 render with “1” inscribed on it thereby counting down to the launch tomorrow.

Nokia 6 2018 will be powered by Snapdragon 630 processor and will come with many design changes as listed below. You can read the detailed specs, images and more of Nokia 6 2018 at our dedicated page.

Hopefully, Nokia 6 (2018) will come globally much sooner than it took Nokia 6 2017 to travel to other parts of the globe. Read our complete Nokia 6 2018 coverage here.

Nayan
Nayan has more than 10 years of experience of covering Technology and innovations. He is a big Nokia fan and Tech disruptions aficionado. He loves to review new cool gadgets and writing about Android, iOS, Gadgets and general Technology stuff. He has been associated with other well-known Tech sites WinCentral and GadgetOx since long. He currently sports a Lumia 950 XL and Nexus 5X. Other interests include listening to Nu-Metal Hits and Kick-Boxing. Write to him at Email: [email protected]apoweruser.com
http://www.nokiapoweruser.com