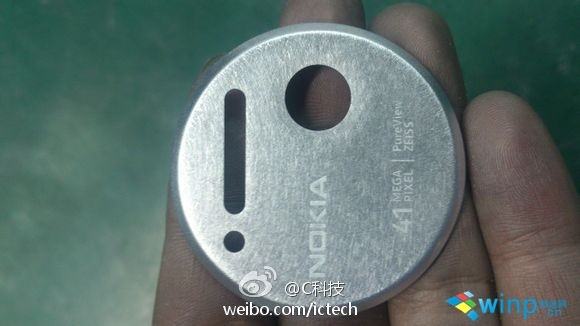 We had reported via our sources earlier that upcoming Nokia EOS will have 41 MP Sensor.

But in between there have been endless reports putting different figures for the Sensor size of upcoming EOS. Now, leaked prototype from China confirms what our sources tipped us. Yup, EOS will come with 41 MP sensor only and this obviously is supported by the Nokia invitation for 11th July event titled “Reinventing zoom”. For meaningful lossless zoom you need to have at least 41 MP sensor. Check the leaked pictures below showing prototype and the camera module with 41 MP inscribed on it.

Now these images give rise to a  confusion as well, because according to the sources of leak, it is full metal body. It gives rise to the possibility that may be Nokia had trialed Nokia EOS in both metal and polycarbonate, but finally selected the polycarbonate.

Thanks Xio-Feng for the Tip!!