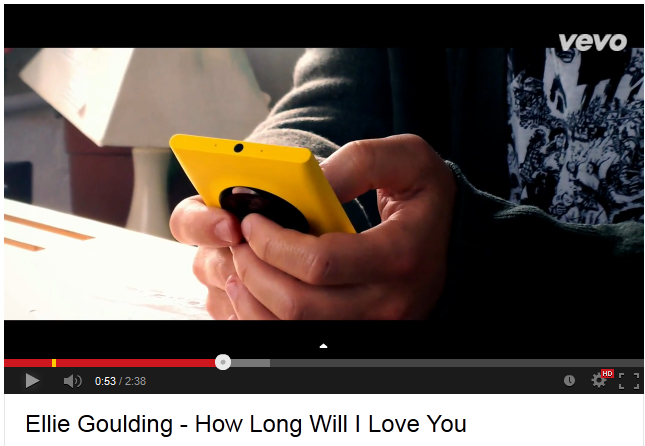 Time for the amazing Lumia 1020 to bask in some glory and shine under limelight!! Famous singer “Ellie Goulding” has released her single “How Long Will I Love You” and the video for this song has been shot entirely with a Lumia 1020. This certainly makes it a must watch for Nokia fans, though the video has already more than 3590 likes on YouTube.

The video not only features Lumia 1020 but also the Lumia 925 in hands of Ellie. Really great product placement and awesome exposure for Lumia 1020’s 41 MP monster camera.