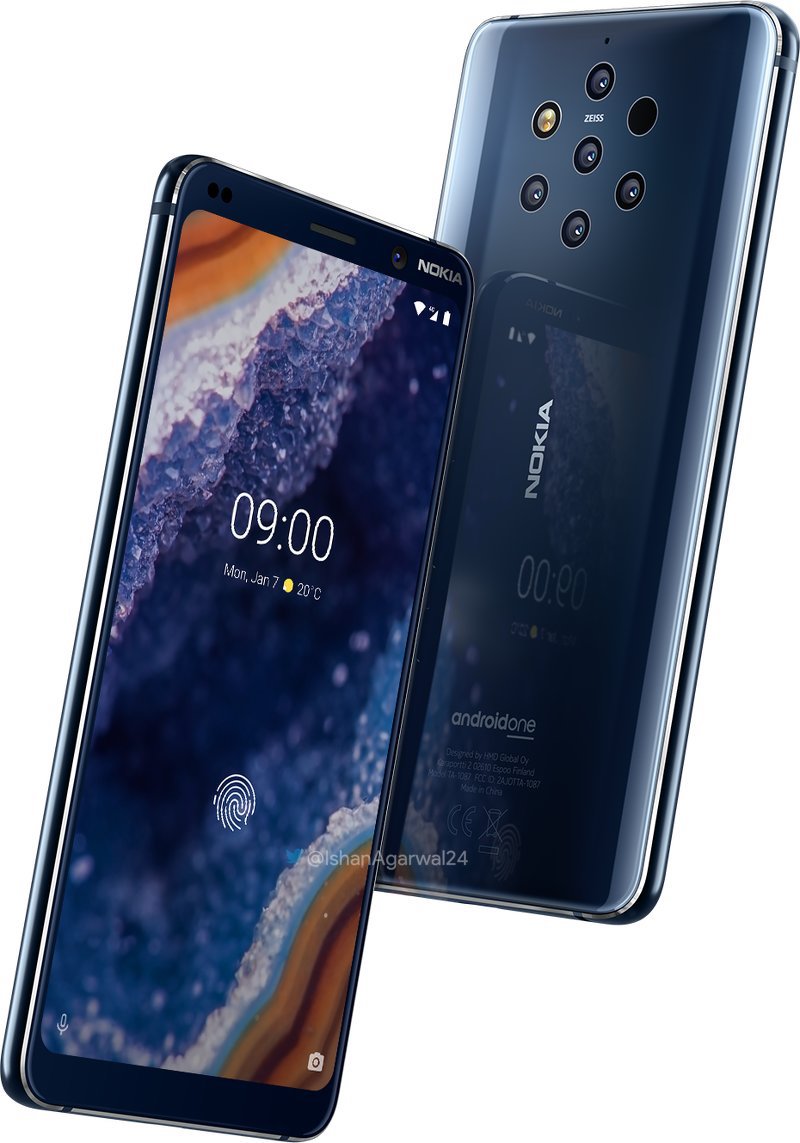 Here is the rumor-mill time and what we have here is lots of rumors in one tweet. So, a twitter account has posted some renders of Nokia 9 PureView that really don’t reveal anything new but show the smartphone from many angles. These look like the official images of Nokia 9 PureView. Check them below.

However the tweet further talks about Nokia 4.2, 3.2 and 1 Plus. Out of which Nokia 4.2 looks like least possible as we know HMD doesn’t want to launch Nokia smartphones in 4-series. Still Nokia 4.2 is mentioned as coming in two colors; Black and Pink.

Anyways, we have seen Nokia 1 Plus leaking out many times and Nokia 2.1 Plus and Nokia 3.2 may also be launched on February 24, as we have seen relevant variant codes appearing in various certifications.

We will talk about what we expect HMD to launch on February 24 in terms of new smartphones, accessories and more soon. So, stay tuned.