Skip to content
You are here
Home > Latest Posts > How To & Tutorials > How to get Cortana on Windows 10 Mobile outside of US. Cortana Changelog. 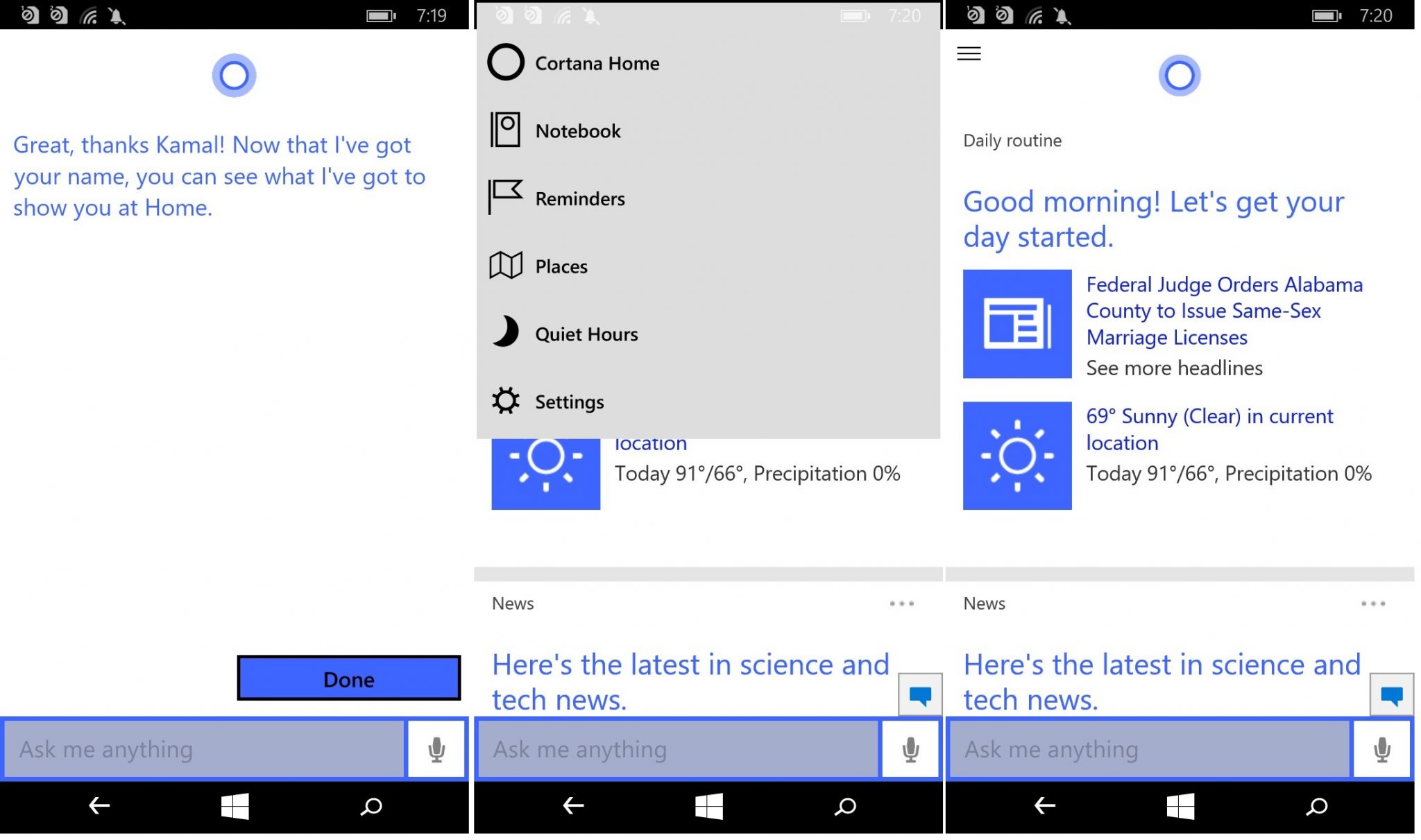 If you are already running Windows 10 Mobile preview on your supported devices and you are outside of US, you may be missing Cortana. But if you have used the getting Cortana (US) trick earlier on Windows Phone 8.1, you may have managed to get it back already. If not, you can get Cortana on your devices running Windows 10 for Phones preview by following below steps.

Step 2: Go to Settings—> Time & Language—-> Language and add English (United States) first in Settings —–> Language. You will need to reboot the device for installation of the language pack.

It will ask for a restart and once rebooted, you should be able to use Cortana from the list of apps and you are good to go. Cortana is already present in the app list but unless you follow above steps you won’t be able to use it.

Cortana for Windows 10 for Phones has undergone some visible changes.