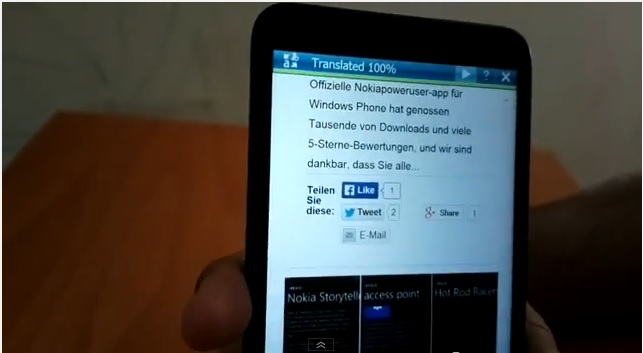 Microsoft Translator app has received a new update for Windows Phone Devices. The new version of update is 3.7. The latest update brings support for Camera Translation from Arabic.

This update is very important  for those who are traveling in the Middle East.

Those who don’t know about this app can check out the features below:

– Text translation – Enter text to translate into one of 51 languages and scripts.

– Camera translation – Point your camera at signs, menus, newspapers — any printed text in 22 languages and scripts — then tap to see the translation.

– Voice translation – Translate by speaking one of 18 languages into your phone.

– Offline translation – Download a translation pack so you can translate even when you’re offline — handy when you’re traveling and you want to avoid expensive data roaming charges.

– Word of the Day – Learn a new word or phrase everyday by pinning Translator to Start.

Thanks keshav for this tip!!!!