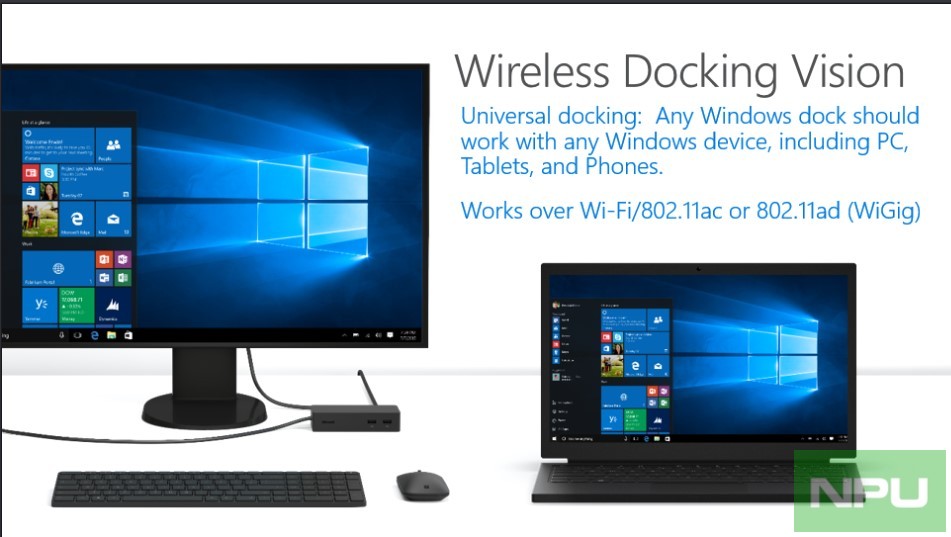 Microsoft has shared its vision of “Universal Docking” in slides of its WinHEC 2016 presentation on Docking. Microsoft defines universal docking as: Any Windows Dock should be able to work with any Windows 10 Device, be it phone, laptop or tablet.

Very interestingly, universal docking scenario is considered for both Wireless and Wired Docking.

As per the slides, while Creators update brings certain Docking improvements, Microsoft is planning to bring 802.11ad Docking with future updates ( Redstone 3 and later).

Here is how the Wireless Docking UI looks like and works.

This is the future of wireless Docking, Microsoft plans to enable with Redstone 3 and later updates.