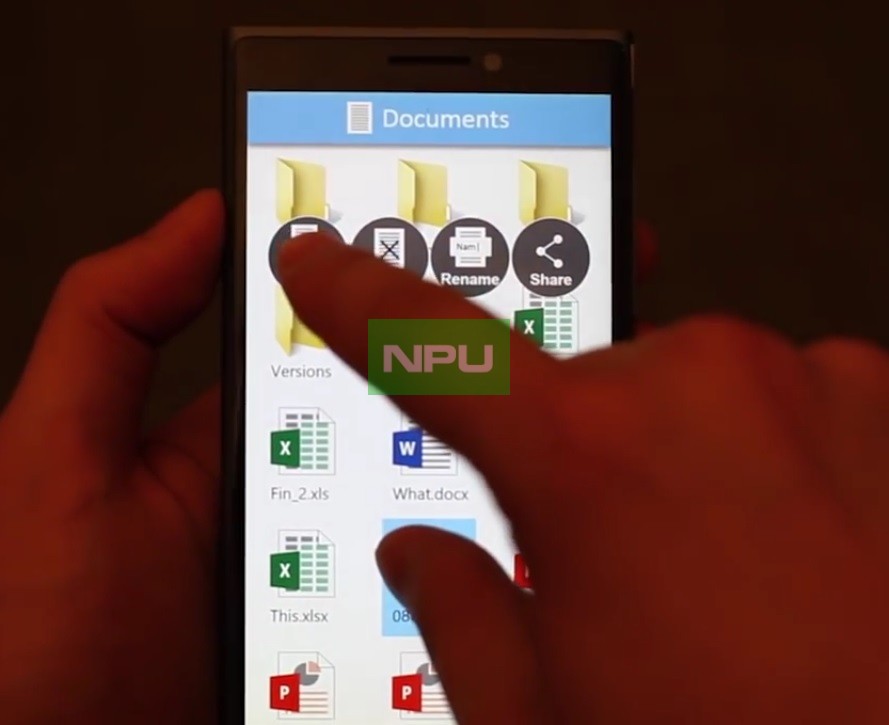 We reported earlier about Microsoft Research video with the full 3D-Touch demo on a Lumia McLaren prototype. Now the research paper is in public too and it offers detail about how Microsoft Research team has been working on enhancing user-interactions with a touch-screen in many ways including Hover and Gesture interactions. The 3D-Touch UI that was cancelled with the cancelled Lumia McLaren has included some of these interactions. It seems Microsoft research team has been working on “Hybrid touch+hover gesture” interactions for not only smartphones but also propose it for Tablets.

HYBRID TOUCH + HOVER INTERACTIONS
Finally, pre-touch lends itself to hybrid touch + hover gestures, which combine on-screen touch with simultaneous in-air gesture. This brings to light a little-explored class of gesture—but previous work has used nonpreferred-hand touch to “nail down” [29] tabletop modes while the preferred hand makes in-air movements to manipulate 3D parameters. These hybrid gestures clearly reside in the foreground, yet the example below illustrates how bringing in the background sensing perspective affords graceful degradation to a one-handed version of the technique. Hybrid Menu Combining Touch and Hover (and Grip) We implemented a mock-up of a mobile file explorer, with a grid of icons (files) that support commands such as Copy , Delete , Rename, and Share . Of course, these commands are meaningless unless a file is selected first. Hence this is a compound task: users must first select the file, and only then can they pick the command that acts on that object. Traditionally, on mobile devices the user performs the select subtask with a tap-and-hold gesture on the desired object. Tap-and-hold with a typical 1000 ms time-out is a widely used but slow way to switch modes [34], yet the standard vocabulary of mobile interaction offers few alternatives. We therefore implemented a hybrid touch+hover gesture (Fig. 11) that integrates selection of the desired object with the activation of the menu—articulated as a single compound task. The user first selects the desired file by holding a thumb on it, while simultaneously bringing a second finger into range.

This immediately summons the object’s menu. Furthermore, since the system knows where the user’s finger is, it can invoke the menu at a convenient location, directly under the finger. The opacity of the menu is proportional to the finger’s altitude above the display. The user then completes the transaction by touching down on the desired command. Alternatively, the user can cancel the action simply by lifting the finger. Figure 11. Hybrid touch+hover. (a) Selecting an icon with the thumb while moving a second finger into range calls up a convenient context menu. (b) With a one-handed grip, the menu gracefully degrades to a thumb-activated variant. Hence, the technique offers three potential benefits: (1) it shortcuts the time-out that would otherwise be required by tap-and-hold; (2) it calls up the menu at a convenient, user- specified location directly under the finger; and (3) it phrases together selection and action (calling up the menu) into a single compound task [6]. While the technique is predominately designed to select the icon with the thumb, and then pick the command with the index finger, to accommodate icons near the top of the screen the user can alternatively touch down with the index finger first (to select) and then pick from the menu with the thumb. Our implementation supports either way of articulating the gesture. Also, to clarify why hover is necessary (as opposed to “Pin- and-Cross” [36] style interactions on a second touch), our Hybrid Menu uses foreknowledge of the second, approaching finger to reveal the menu options before the user has to commit to anything—and to do so in the right place, and without the finger fully occluding the screen location. One-Handed Variation for Picking Commands with a Thumb The menu activation gesture described above only makes sense when using a mobile with both hands. But because pre-touch affords sensing grip, the system knows when the user is interacting one-handed. Thus, in this situation, the technique gracefully degrades to enable menu activation with a single thumb.

You can read the interesting research paper content here.