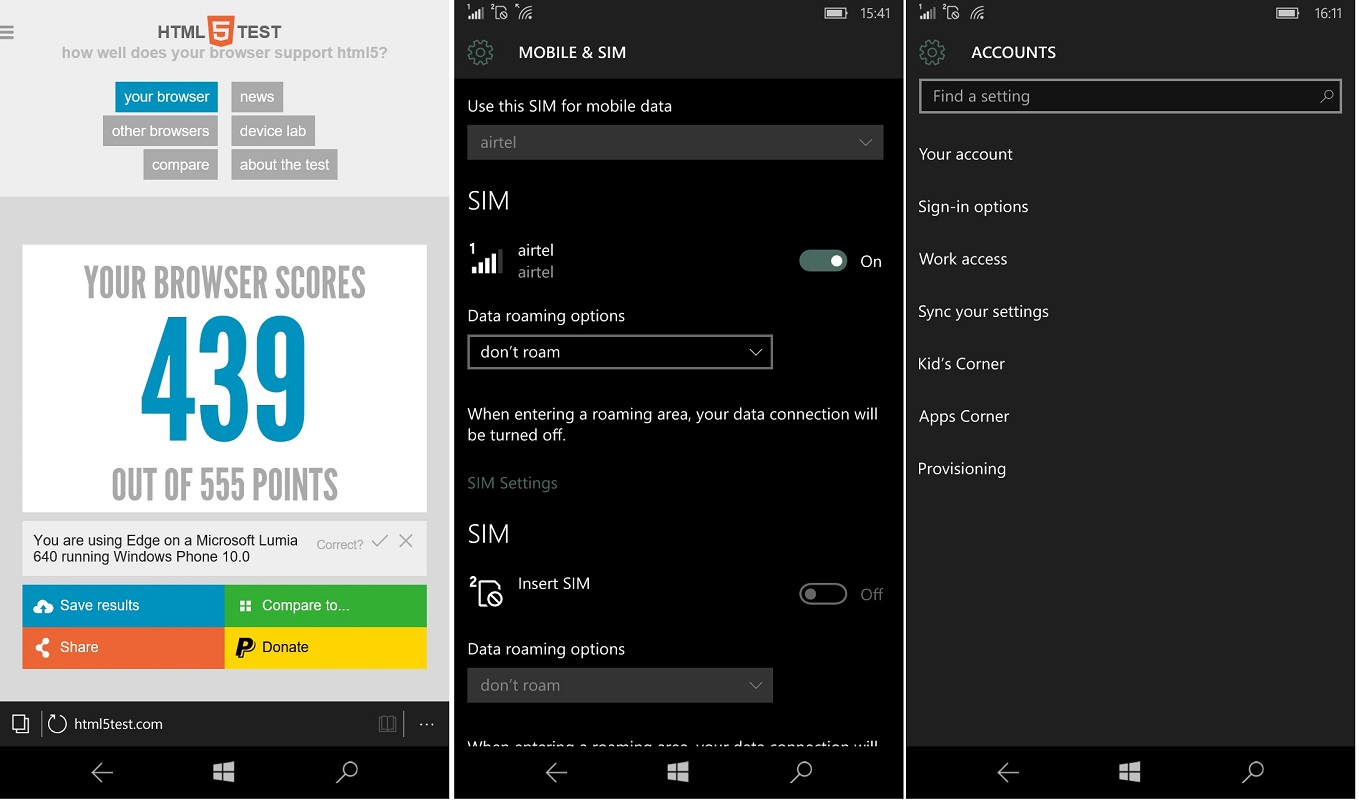 Improvements to Cortana: Cortana now works for Insiders in Japan and in English for Insiders in Australia and Canada. For more information on new languages in Cortana – see my post here.

Messaging app improvements: The Messaging app now has a text box that can be expanded as you enter text. Previously, the text box had 2-3 lines which made it really hard to see what you were typing. As I mentioned yesterday with Build 10565 for PC, an upcoming build for mobile will include the integrated Skype capabilities for you to preview.

Diverse emoji: With this build, we are adding support for Unicode’s diversity emoji’s. Consistent with Unicode’s vision, we’re excited to offer people all over the world with emoji that reflect more human diversity. We added this capability to the PC with Build 10547 and now we’re extending to mobile. Check out our new diverse emoji and let us know what you think.

•After upgrade, you might be missing a few apps. If you experience this, the workaround is to reset your phone.
•After rebooting your phone, you won’t see notifications, such as new messages, until you unlock your phone for the first time. After that, you should see notifications for new messages just fine. This bug is fixed in a later build.
•You will be unable to make calls with Skype for Business, WhatsApp and other apps after upgrading to this build. The workaround is to uninstall and reinstall these apps from the Store.

Fixes in this build:

•The Windows Camera app no longer crashes when certain applications launch it to capture a picture.
•We fixed an issue where the touch keyboard would get dismissed every time you sent a message, which made sending 2+ texts in quick succession difficult.
•We fixed an issue where swiping away a notification was causing the notification icon to appear top of your screen.
•Screenshots were not being properly saved resulting in many top social messenger apps such as WeChat, WhatsApp, LINE, WeiBo, and QQ unable to find saved screenshots. This has been fixed.
•We fixed an issue where you couldn’t cannot launch apps saved on SD cards after reinserting your SD card.
•Pinch to zoom should work properly in the Maps app now.
•We fixed an issue where trying to set a custom ring or text tone for a contact shows a black screen for 10 seconds, then does nothing.
•We have added back vibrate-only alarms.
•We have fixed call-blocking.