Skip to content
You are here
Home > Latest Posts > News > Windows Phone News > Microsoft gets out of the Windows Phone “Rooms”. Support ends in March. 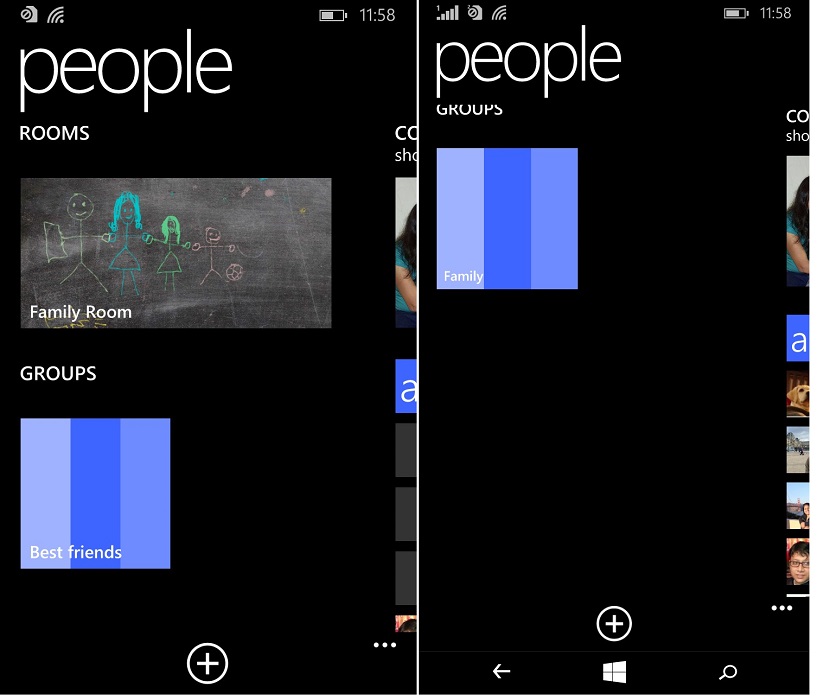 On comparing the above two screenshots you can see that in Windows 10 for Phones (right), Rooms is already missing but since not many of us use it, there hasn’t been much noise about it. Microsoft has in fact now confirmed that Rooms feature will be shut down starting March on even Windows Phone 8 and Windows Phone 8.1 running devices. In a mail sent across, Microsoft has said,

“Starting in March 2015, Rooms on Windows Phone will no longer be supported. You’ll still be able to view and use your room photo albums, calendars and notes. ”

Windows Phone 8.1 users will still be able to see the existing Rooms and shared content on their devices even after discontinuation of support. Though creating new rooms won’t be possible.

Microsoft has also promised that something better coming with Windows 10 for Phones will replace the removed “Rooms” feature, that we have yet to see in the first build. May be next builds bring something cooler than “Rooms”.

Thanks Robin for the tip. Cheers!!