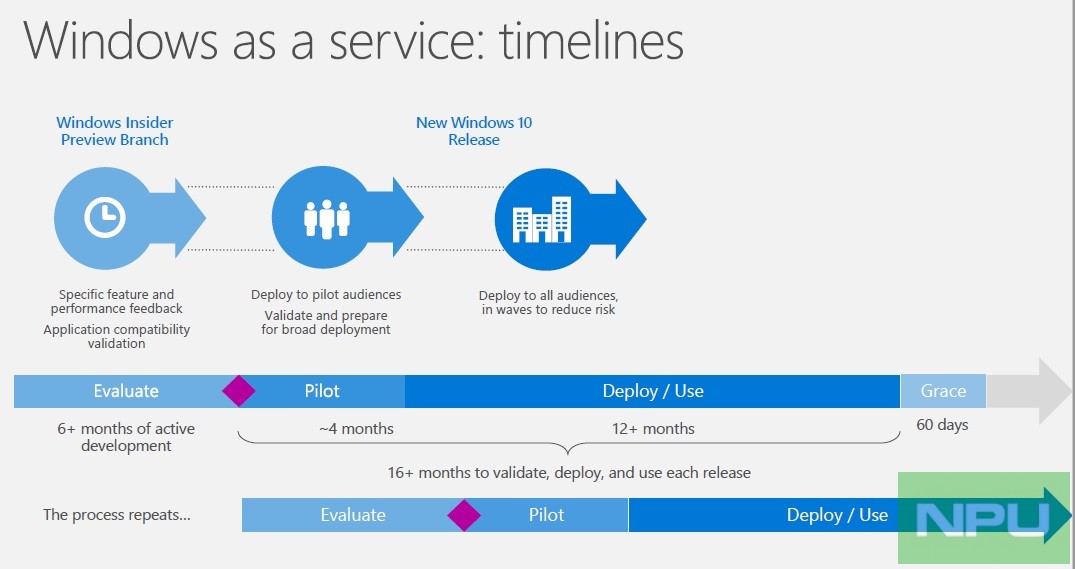 In an official slide taken from upcoming WinHEC event PPT, Microsoft has explained its Windows 10 as a Service timelines and frequency of Windows 10 update releases. The slide explains how Microsoft is planning to release Windows 10 updates every six months or twice in a year.

Every new update will be evaluated with help of Windows Insiders for six months and then will be released to a pilot group of users for validation and preparation (Four Months), followed by release to end users that will happen in waves and may take up to 12 months with 2 months grace period.

Needless to say this is an iterative process and as soon as one update is gone from Insiders they will get the next one for evaluation. This will ideally happen every six months making the whole “Windows as a Service release” a periodic process.