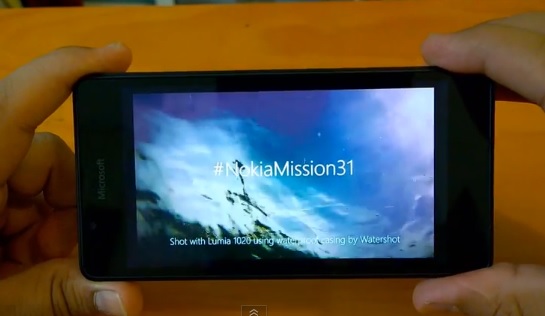 After Microsoft’s write-off of Nokia D&S acquisition and layoff of 7800 more ex-Nokia employees, a report suggested that Microsoft may bring less than six devices every year going forward. It doesn’t seem to be the case for year 2015-2016, however.

Lumia 950, Lumia 950 XL, Lumia 550, Lumia 850 and now this. We have earlier reported about a different mid-ranger than Lumia 550 appearing in Zauba data. So, is it Lumia 650 OR Lumia 750?? We already have five almost confirmed Lumias in upcoming portfolio. But wait we have also seen RM-1130, that very well looks like Lumia 350, to represent the entry-level.

October 6 will see launch of Lumia 950 and Lumia 950 XL, this much everyone has confirmed including our sources. What else will be there needs to be seen. We place our bet on Lumia 550 apart from these two. Lumia 850 is supposed to be coming by year-end as per our sources.