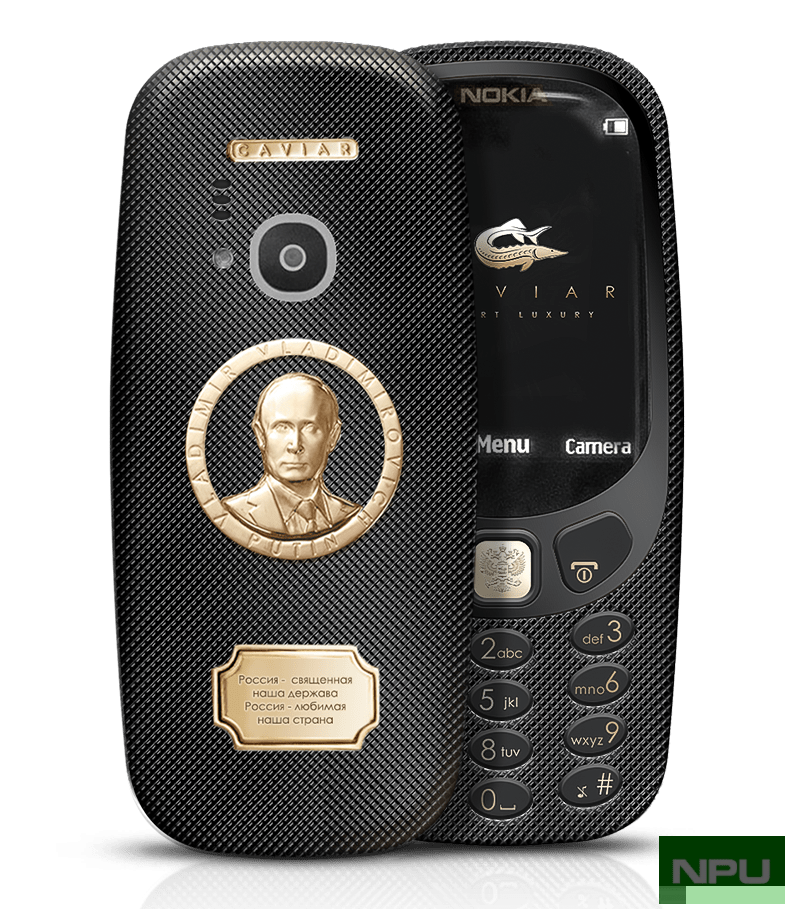 Nokia 3310 (2017) version has been unveiled at MWC 2017 amid much fanfare. The phone is supposed to hit markets in Q2 2017 around the globe. But, here is a glittery surprise for Nokia 3310 fans in Russia who can afford a Gold-Titanium case and gold plated special Edition Nokia 3310. This special Edition Nokia 3310 from company Caviar is named “Nokia 3310 Supremo Putin”. The Phone has bas-relief of President Putin, plaques with a quote from the National Anthem and a thin mesh-like engraving, applied to the body by hand.

Read the full details below,

The return of the iconic phone from Nokia has not gone unnoticed by the Caviar designers, who immediately after the appearance of official information about the new edition of 3310 introduced its own version of this phone design with gold, giving it a luxury, style and character of the Russian. The Nokia 3310 Supremo Putin is inspired by the way the most popular person Russia – President Vladimir Putin. Design of the device consists of a volume of the President of the bas-relief, plaques with a quote from the National Anthem and a thin mesh-like engraving, applied to the body by hand. Gold titanium case gold plated .999 for Double Electroplated technology. On top of the central control button is decorated with a miniature image of the coat of arms of the Russian Federation.

When you find that an endless flow of information (often negative and not very necessary) pressing on you too much – you know, that we have created the perfect phone: rugged, stylish, not cheap, able to hold a charge long and loud calls. Sometimes it’s really all you need.