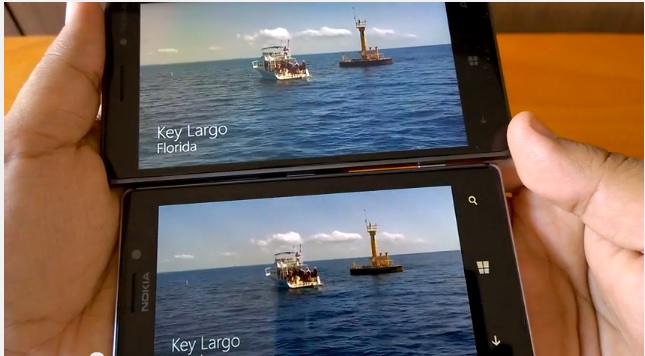 This is last in the series of Lumia 830 vs Lumia 925 comparison videos and we will follow it with our full in-depth review of Lumia 830. In this video, we compare music playback quality and volume output of Lumia 830 as compared to Lumia 925. We have also compared display quality between two in terms of video watching. We have already brought to you a detailed display comparison between two before. You can catch all our Lumia 830 coverage by clicking links below.

Lumia 830 has louder and richer volume output than Lumia 925 and it has “Dolby surround sound” support even without headphones, while Lumia 925 has Dolby support with headphones on.