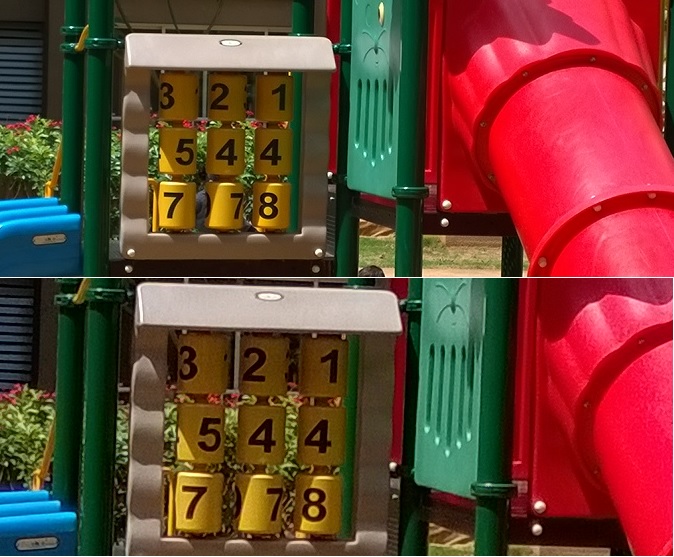 Still, some of you wanted to find how good it actually is?? What better way to find that than comparing to to the best smartphone camera out there. So, we decided to compare Lumia 830’s 10 MP PureView camera with Lumia 1020’s camera. Like always, we have compared crops from similar images taken in various lighting and subject distance conditions.

Daylight, subject at some distance:

If you go through all the sets and check the full-size images (used in comparison) by clicking here, you will notice,

Lumia 1020 is certainly in another league when it comes to capturing details, but Lumia 830 still impresses with its full-size captures, which come out looking pleasant and detailed and it does so in all capturing conditions. When one goes to 100% and 200% zoom levels then things become much clearer.

In extreme low-light without flash cases , Lumia 830 gathers slightly more light but Lumia 1020 images have much less grain and much more details. As the lighting improves, gap between Lumia 1020 and Lumia 830 imaging clarity and details widens. If your fire the flash, then the Xenon flash on Lumia 1020 just kills it.

Lumia 1020 with its 41 MP sensor and oversampling is the unbeatable smartphone imaging champ, but the Lumia 830’s latest PureView sensor with its super-slim design and performance gives rise to amazing possibilities. We can really expect much slimmer and even better 41 MP or even higher MP count sensors (than Lumia 1020) on a Lumia PureView device in future.