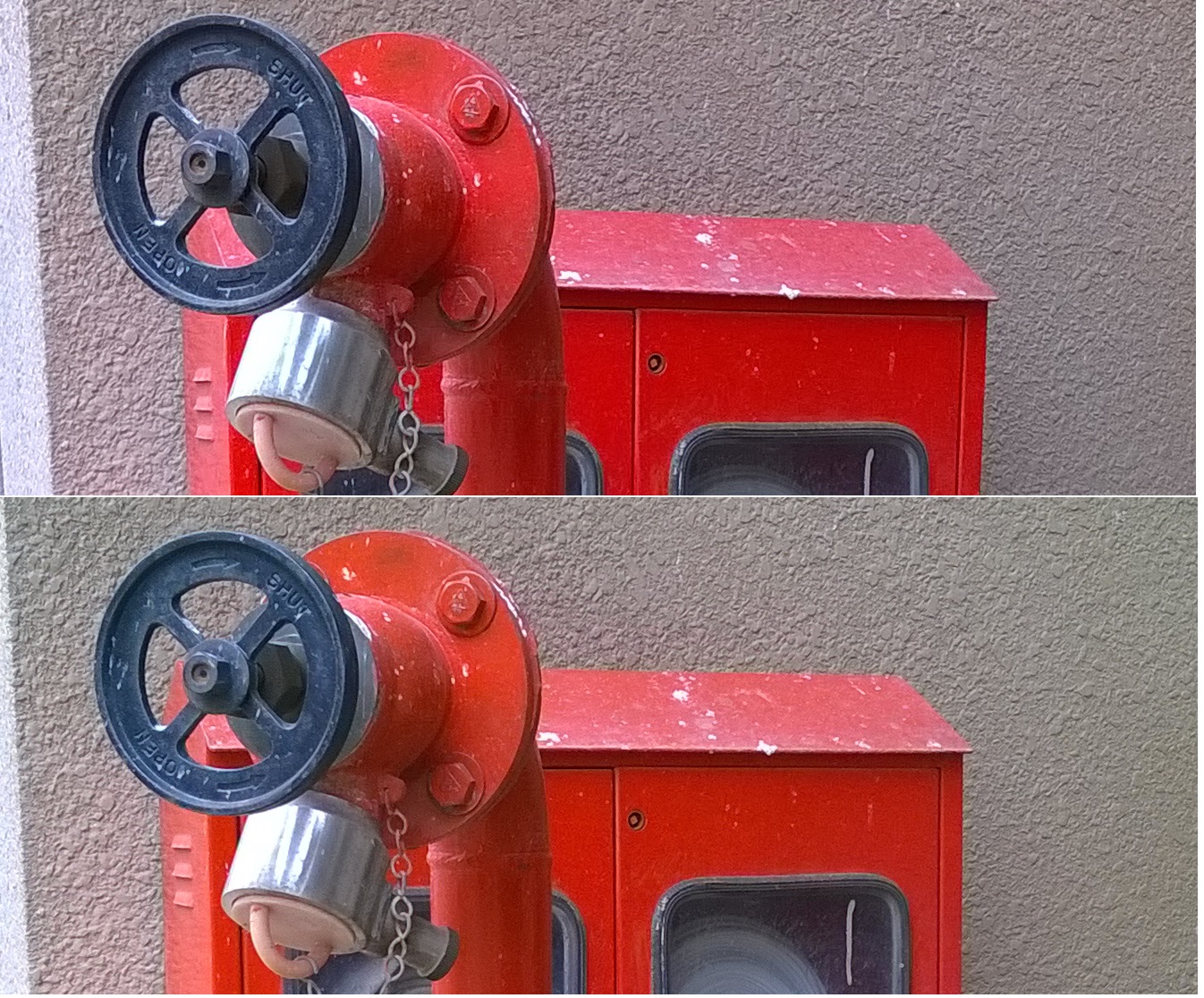 Lumia 530, the latest entry level Lumia comes with great pricing, much lower than what Lumia 520 commanded after its launch. So, one of the changes made from Lumia 520 to keep the cost down, is in camera. Lumia 530 comes with a 5 MP fixed-focus camera as compared to 5 MP autofocus camera on Lumia 520 and also captures video in only 480p resolution.

So, we  tested Lumia 530 camera with Lumia 525’s camera as benchmark. We have also done crop comparisons from similar samples and have a look at all of them below.

Macro comparison, Lumia 530 on the left:

It may seem that while in daylight or in good lighting conditions, the two cameras are on par capturing equal amount of details and even the color tone looks very similar and that is impressive for a fixed-focus camera. Things play differently when you capture under low-light conditions or try to go closer for macro shots. Lumia 525‘s autofocus camera shows its advantage there. Still, Lumia 530’s camera captures decent low-light images thanks to Lumia Cyan algorithms.

Coming to video capture, it is not that impressive and 480p video resolution capture limitation is a big reason behind that. We can’t understand why with a Snapdragon 200, quad-core processor, it can’t manage a 720 capture. Microsoft needs to take a note, here.

Lumia 530 camera is surprisingly better than what I expected from it, given the fact that it is a fixed-focus camera. It is on par with Lumia 525’s camera and that makes it a decent daylight and low-light shooter. But at the same time, it doesn’t handle macro capture well due to its limitation. Video capture is perhaps the weakest point of Lumia 530 camera. For the price point it retails at, you can perhaps not go wrong with it, of only stills is what you want. But, if you want a better camera with exceptional video capture on budget go for Lumia 630. Read why we rate Lumia 630 higher in our Lumia 630 camera review.